Are You Waiting for Some Fantasy Man? (FemiType #4: The Wow-Me Woman) 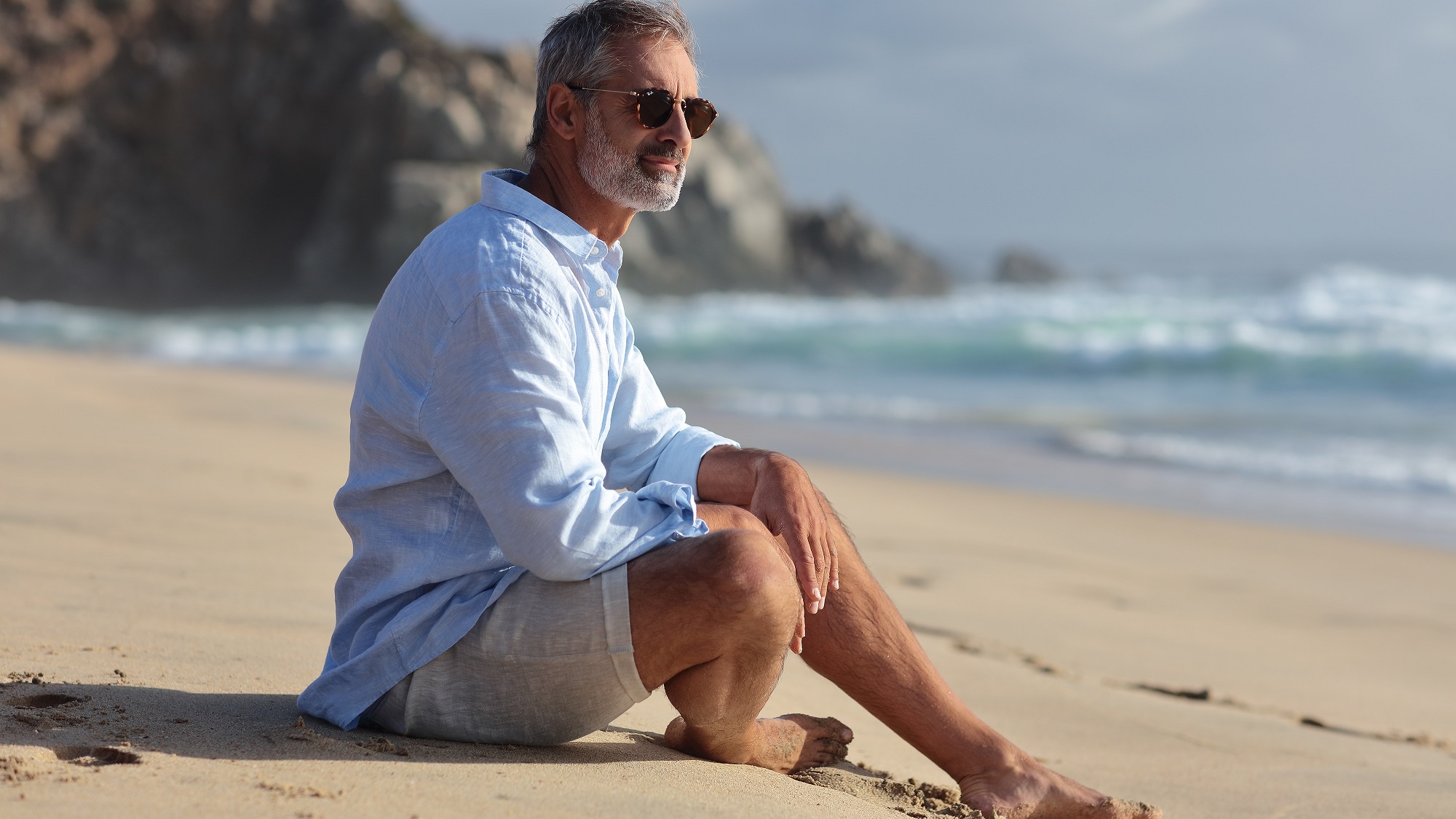 Newsflash: Women constantly push really good guys right out of their lives as they wait for some fantasy man. We usually don’t even know we’re doing it.

Finally having this pointed out to me in my early 40s was a huge part of my transition from a pretty happy single gal to, at age 47, a truly fulfilled wife of a loving and adoring man.

In my never-ending quest to help grownup women find fantastic love like I did, I’m writing about the six types of single women who drive men away. I’m outlining these dating “FemiTypes” so you, the oh-so deserving woman dating over 40 and looking for love, can do two things:

Just like us, men can have a tough time in the wild and wooly world of dating. How would you know their experience unless someone told you? So, if you agree there is value in knowing how “the other side” feels…read on!

The 6 FemiTypes are: The Princess, The 18 Year Old, The Scaredy Cat, The Wow-Me Woman, The Bitter Woman and The Sex Pot.

She’s all about finding the one man who knocks her socks off. She’s convinced that the holy grail is that elusive “chemistry.” Without it, she hardly feels it’s necessary to give a guy any time or attention.

The Wow-Me Woman can’t define what she’s looking for but swears she will “know him when she sees him” (a common theme among FemiTypes).

Like the Princess, when it comes to her love life, emotions rule. The Wow-Me Woman is stuck in her 12-year-old self’s fantasy and guided by feelings and intuition. She firmly believes that one day her prince will come, they will lock eyes, and BANG…it will happen!

She wants to be swept off her feet.

He needs to make her laugh, have charisma and charm and, upon first meeting, be able to carry on a conversation with her sans any silence. You know…the conversation just “needs to flow.” (Even though they’re meeting for the very first time and very few men have the skill of unbridled conversation.)

Overall, the Wow-Me Woman’s man needs to give her “that feeling.”  When I’m coaching her, she tells me: “It was amazing! I could tell right away that we had an amazing connection! I’ve been waiting so long to meet this guy!”  (I’m always tempted to reply, “How’s that instant connection thing working for you so far?”)

Now, don’t get me wrong. I’m all for feeling a spark on the first date or two. But the Wow-Me Woman is so sure she has to feel the shazam-factor that she wouldn’t even recognize a small flame. She’s holding out for the blazing bonfire; and if it doesn’t happen right away, she’s not sticking around. She will snuff out the best of the best.

“I dated for a lot of years and met a ton of women. We’d have a good phone call and then we’d usually meet for coffee. A lot of them seemed to lose interest pretty quickly. I always felt like I was being tested. It was like: “Show me what you got!” And if I didn’t perform in the first 10 minutes, I could tell she would shut down. Like I disappointed her somehow.

I understand that I’m not Denzel Washington. But I’m educated, I have a good job, and I’m damn nice. And I was serious about finding The One. Apparently I was supposed to jump through some hoops to get their attention.

My wife didn’t fall in love with me instantly. But we liked each other, and after a few dates we knew we had potential. And we’ve ended up being a great team. She’s the greatest.

I actually feel bad for those women. They’re probably all still single.”

You can probably imagine how it feels when you have to do some song and dance to get attention from someone you’re meeting for the first time. Oh, wait…you don’t have to imagine, do you? You’ve probably felt like this with some of the men you’ve met. It’s like you have a few minutes to pass some test; and if you don’t, he’s essentially done.

Feels crappy, doesn’t it? I can’t tell you how many times I’ve been told by women how unfair it is that men don’t even give women a chance. Well, we can do the very same thing.

Anthony probably felt rejected each time this happened and, over the course of time, got angry. He was making an effort to meet women but getting judged by some unreasonable measurement. They were judging him on how good a date he was, not how good a potential partner he might make.

Anthony was right, by the way. Many Wow-Me Women stay single for a long time. (If you’ve read my eBook, you know I was a member of that club.) They have probably had a lot of short-term, intense relationships (a.k.a. affairs) but no meaningful long-term ones.

Here is how dating can go for the Wow-Me Woman: She dates and never meets men she likes. Then, once in avery long while, she meets someone and feels The Chemistry. They have an incredible first date. He could be The One! Then there are three scenarios:

Scenario #1) They have a great first date and he never calls her again. In this case she apparently read it wrong. On one of my Man Panels, when asked about this phenomenon, a man once answered, “Well…it couldn’t have been that great of a date!”

Scenario #2) He digs her too and, as a grownup guy looking for a life partner, he wants to learn more about her. He calls a few days later and asks her out again. But her intensity bowls him over. He can tell she’s already decided about him and latched on. That’s unimpressive, and he heads for the hills.

Scenario #3) They have a great first date. He instantly starts texting and emailing, and they both jump in. They talk and/or see each other every day. She’s more and more convinced that her initial feeling was right on: he’s amaaaaazing! Then, relatively soon thereafter, he either disappears or explains that he’s just not ready for a relationship.

So let me break down this last scenario. The guy who jumps in so fast is a Wow-Me Man. He eventually realizes, though, that she’s not the woman he wants to marry. (Either that, or he doesn’t want to marry at all and just likes the feeling of being adored.) At the same speed he created the situation, he extricates himself. He knows he made a mistake.

The Wow-Me Woman, however, ignores any signs that he’s not a good match because she can’t bear to give up the fantasy. Once she’s wowed, no amount of contrary evidence can convince her they weren’t meant to be. She’s waited a long time for this, and she’s not about to give it up.

Even when it’s over – after one week or a few months – she can’t give up the dream of what might have been. She can’t figure out what went wrong because her fantasy is still too powerful. She holds on to her belief that they were great together. It’s just that he didn’t get it.

Like The 18 Year Old, The Wow-Me Women is unclear on what she really wants in a man and thus can’t evaluate the almost-relationship realistically. Since she still thinks she had it right and he just didn’t know it, she will continue her pattern. She will reject man after man who doesn’t turn her on in search of her next hit of Shazam.

Looking back at your experiences over the past several years, does any of the wow-me pattern seem familiar? If so, you know that it’s exhausting and sometimes depressing to live in a cycle of continuous disappointment and occasional Shazam.

If you don’t want to live feeling like this anymore, and you honestly want to find that special man to share your life…you can turn this around.

Generally after some time has passed, it becomes crystal clear that men you fell so hard for were nowhere near a good match for you. Take some time to review who the guys were that you “just knew” were right for you but turned out to be losers, jerks or just plain wrong. (A guy who disappears after a ton of texts and emails and a few dates – and especially after having sex – is a jerk. Period.)

The grownup dater is clear on what she needs in a life partner. She knows exactly how she wants to feel when she’s with him, and she knows it takes a lot more than just excitement and Shazam to make a good partnership.

Learning the difference between a good date and a good mate is crucial not to drive your love life by fantasy and feelings alone. That’s why Step 2 of my 6-Step Find Hope and then Find Him System is Who is He? Getting Past My List. When you can articulate the grownup feelings you must have to be happy with a man — for instance, you may want to feel safe, understood and adored – then you can use these to measure a man’s potential in a meaningful way.

I recommend that your mantra as you meet men is DISCOVER, DON’T DECIDE. Give your intuition a holiday and tune into what your grownup woman is saying. If you find yourself getting swept away and can’t articulate why (except to say something like “He’s just so…awesome!”), then tap on the brakes for a while. He’ll still be there when the grownup part of you decides he’s got what it takes for you to be happy as partners.

A lasting relationship with a good guy is more likely to begin when you’re clear about what you want, and you allow yourself to see him as a real person. Dump your checklist and judge him based on the real stuff. After all, you’re looking for a life partner, not just a good date. Life and love with a real man is so much better than chasing after an elusive fantasy.

This is part one of my 4-part series Unrealistic Expectations That are Keeping You Single.  Want more Coaching on What Expectations are Realistic >>>