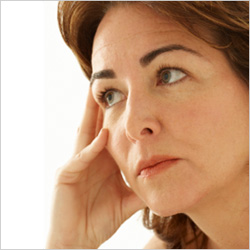 Dating like a grownup is the quickest path to finally enjoying mutually nurturing relationships with men that are full of respect, adoration and commitment.

If you are going to date like a grownup, developing empathy for men is crucial. Just like all your relationships, when you have the ability to step outside yourself and get into someone else’s head and heart, even just a little, your connections instantly improve.

Single men carry around old baggage and wounds just like we do. They’ve accumulated their fair share of dating and relationship bumps and bruises. In fact, they’ve probably had more. Think about it: they’ve been the ones responsible for putting themselves out there first since they were teenagers. Ouch. Talk about rejection.

Along with all of the fun and great sex, men too have gotten dumped, misled, used and had their hearts broken by some challenging types of women.

Today we turn to another one of these women: The FemiType The 18 Year Old.

The 18 Year Old dater doesn’t look 18 anymore, nor does she act like it. She is glorious! She is smart, has created a wonderful life for herself and has developed great relationships; except when it comes to romantic relationships with men.

While she runs every other part of her life with confidence and finesse, she runs her love life as if she is still a teenager. She may be 50 or 60 but she still digs the guys who are fun, “get her” and give her butterflies. The 18 Year Old wouldn’t recognize a grownup nice guy (e.g. a man who would make a good husband) if she stepped on him! Or, in Fred’s case, if she dated him.

“I met this woman online and she seemed amazing. The first time we met I drove two hours to meet her for coffee. I did the same for the next date. We had a great dinner and at the end of the date she told how much she enjoyed it and looked forward to seeing me again. I was pretty excited because I liked her. I thought there was potential.

Then she stopped returning my calls. After about the third call – which was going to be my last – she answered and told me that she couldn’t see me anymore because her friends (who I never met) “didn’t think I was a good match for her.”

It’s a good thing I learned this nonsense about her right up front and not after we were in a relationship. I thought that crap ended in high school!”

Fred liked this woman and was interested in getting to know her. He drove two freaking hours each way to spend time with her! Not only did she give him mixed signals and was childish by not answering the phone and talking to him; she actually let her friends influence her decision about whether to see him again. Really???

This woman does not know or trust herself. That’s why she overly relies on what her friends think. Sounds just an 18 year old, right?

Though she is dating past 40, The 18 Year Old lives in confusion and uncertainty when it comes to relating to men. She doesn’t have the skills or the knowledge of herself or men to be able to make good decisions. Like most 18 year olds, she acts and reacts almost solely based on her emotions.

The 18 year old has lots of first dates and when she does snag a guy, cycles in and out of relationships pretty quickly. (One might call them affairs.) At the first sign of trouble she probably overreacts, and then one of them ends it soon thereafter. (Usually him.)

Most often she feels bad about herself. She asks all her friends what they think of her situation, even though many are no better off than she. She makes bad choices and chooses men who do not make her happy. That ends, and then she repeats the cycle.

The 18 Year Old hasn’t a clue as to what is going wrong. Because she isn’t introspective and hasn’t learned how to talk to grownup men and communicate maturely, she remains confused and disappointed.

The men she wants won’t commit (but they “click” and they turn her on!), and the good guys who come her way get kicked to the curb. About these guys, you’ll hear her say things like “I wish I liked him but he just doesn’t do it for me!”

Dating the 18 year old leaves a nice guy like Fred frustrated and feeling like he can’t win. He’s getting mixed messages. He’s irritated because he’s looking for something real and lasting. He feels like he’s dating like a grownup, but not getting the same in return. Some of his past insecurities of “always being the nice guy” may be triggered by dating The 18 Year Old. He can’t believe that at his age he’s still living the old saying “Nice guys finish last.”

WHAT A GROWNUP DATER DOES

The compassionate and adult dater prepares herself and makes shifts as she ages. She knows what she needs to be happy and that she is deserving. She is not just looking for a good date; she is looking for a good husband. When she has decisions to make about whether to choose a man – either to date or with whom to enjoy a relationship – she has the self-confidence and the tools to make decisions that are not only good for her, but also respectful and kind to the gentleman she meets.

I confess that I held on to my 18 year old long after it was appropriate. Thus, I had more than my share of bad boys and dead-end relationships into my 30s and 40s. Getting out of this cycle took a good amount of introspection and growing up. I realized it couldn’t be that all men were jerks. I did it with a lot of help and firm conviction…because I was sick and tired of the nonsense and of being alone!

* If you haven’t already, read and learn the SIX things you need to know in order to set a path to the love you’ve been craving.

Finally I was able to recognize a good guy and attract him. I appreciate my husband every single day. But I also honor myself for becoming the woman who attracted him.

That ability to recognize, love and admire my man doesn’t come from my 18 year old (though she still lives).  It comes from the grownup woman part of me who finally realized that having fun and being with a cute guy was not what lifetime partnership was all about….and then learned how to live that belief.

Is there a tad-bit of the 18 year old “Femitype” in you? If so, I encourage you to bring your romantic notions and expectations up to date with the otherwise mature woman you are today.

And to get in touch with what you really want now and who will make you happy in the long run. Don’t let another nice, relationship-minded guy like Fred finish last.