One Surprising Way Men Help Us While Hurting Us 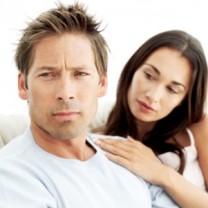 It’s your fear of rejection that is getting you rejected. ~~ Bobbi Palmer

I know…I write about rejection a lot: how to recognize when it is and isn’t real; how there’s no such thing as rejection when you’re meeting guys using online dating; and how to learn from it, recover and move on to the next guy who will be better for you. (Yes! There WILL be a next guy!)

When we say rejection hurts, it really does HURT.

Kirsten Weir, an award-winning science writer, writes this in an article for the American Psychological Association: “As researchers have dug deeper into the roots of rejection, they’ve found surprising evidence that the pain of being excluded is not so different from the pain of physical injury.”

Every day I get emails, comments on my blog and questions from my coaching clients about how to avoid feeling crappy about a guy not calling, disappearing or saying “no thank you.”

Today I’m answering such an email. I recently received this asking me to dig a little deeper into my advice that when a guy doesn’t return your feelings, it can ultimately be a very positive thing.

I read the article you wrote about your relationship with Steve. When you talked about women thanking men for dumping them you said “they may know something we don’t.” Can you tell me what you meant by that?”

I am in a similar situation…and it is very difficult. Thank you for your time.

P.S. I am glad you found a wonderful man.

Steve was a really good guy who, on our third date, told me he would never marry me. It took me three years – during which he never even called me his girlfriend – to finally believe him. I left, and cried for a year.

I can look back and clearly see that Steve’s rejection was a gift to me. We wouldn’t have made good lifetime partners, and I went on to meet and marry the man of my dreams.

(You can read my original article that she referred to, Why You Should Be Happy When a Man Rejects You, here.)

So what do I mean when I say a guy may dump you because he knows something you don’t? I mean that men can be smarter than us when it comes to deciding whether there’s potential for a loving lifetime partnership.

Men are biologically better able to be objective when selecting a partner. Women are naturally searching for a mate and can often jump quickly to He’s The One, especially when sex is involved.

It’s natural for us to bond and want to protect that bond. And, of course, culturally we’re taught that having a husband is what makes us valuable.

It’s no wonder that sometimes the slightest hint of possibility can make us attach and fight like hell to never let go!

Men, on the other hand, can have great fun and even physical intimacy with a woman and still never feel strong emotional attachment. Unlike us, regardless of how much he likes you, he can walk away once he evaluates and concludes that you are not his long-term, forever match.

Like Steve, he may stick around as long as gets a nice woman to have good sex with. But he can just as easily detach and continue his hunt.

Here is something else men seem to be better at: They don’t hop on the back of the first truck that stops just because they are afraid another one may not come by.

Men are generally better at escaping the rosy “wouldn’t it be great if we could ride off into the romantic sunset” mindset. They don’t try to fit a round peg in a square hole simply because they want to be in love and mate for life.

Here is what we have trouble understanding: most of the time his lack of commitment or walking away has nothing to do with you doing anything wrong or not being good enough.

He knows something about himself that you don’t yet know, and it tells him that he can’t achieve forever bliss with you. It may be your religion, relationship to money or general lifestyle. You may be too tall, too extroverted or too intellectual.

Maybe he doesn’t connect with your sense of humor or vision of the future. Or, just like you’ve probably experienced with other men, maybe he can’t articulate it…it’s just “something” that he knows.

Maybe he knows that, based on what you want and need, he won’t be able to give it to you. That will send a good guy running. (Which is still good…do you see that?) A nice guy won’t stay if he knows he can’t make you happy.

My advice to “L” and any other woman who is hanging on waiting and wishing that a man would pick her, is this:

He who is not willing to commit, he who has designated himself suitable for now but not forever, or he who is not into labels or exclusivity after you’ve dated for a while… he isn’t the man for you.

Don’t cry if he leaves. It’s for your own good. And if he doesn’t leave, take care of yourself like I did and do it yourself. Forget him and move on.

This is especially true with mature dating. When you are 40, 50 or beyond you don’t have the three years that I needed in my 30s to finally come to your senses.

He’s not necessarily a bad guy, but if he doesn’t feel the same, forget what he wants. Think about what YOU want and need. Ask yourself WHY you picked him, and if your pick was for the right reasons. Will he really make a great lifetime partner or are you wishing he would?

I suspect that if you are already here, you already know and have kind of decided what’s best to do. This is one of the hardest steps to take. I’ve been there and I’m here for you sister.

Let me tell you firsthand, it’s a tough road for a little while, but it ends in joy. Once you get going you will end up with something so wonderful and, like me, be able to look back and clearly see the favor he did for you.

What about you? Do you have a “Steve” story? What finally happened? Or are still in it? If so, are you getting what you need? Share your story here and you’ll be helping yourself and many other women.