The Delightful Difference Between Dating Mature Men and Boys 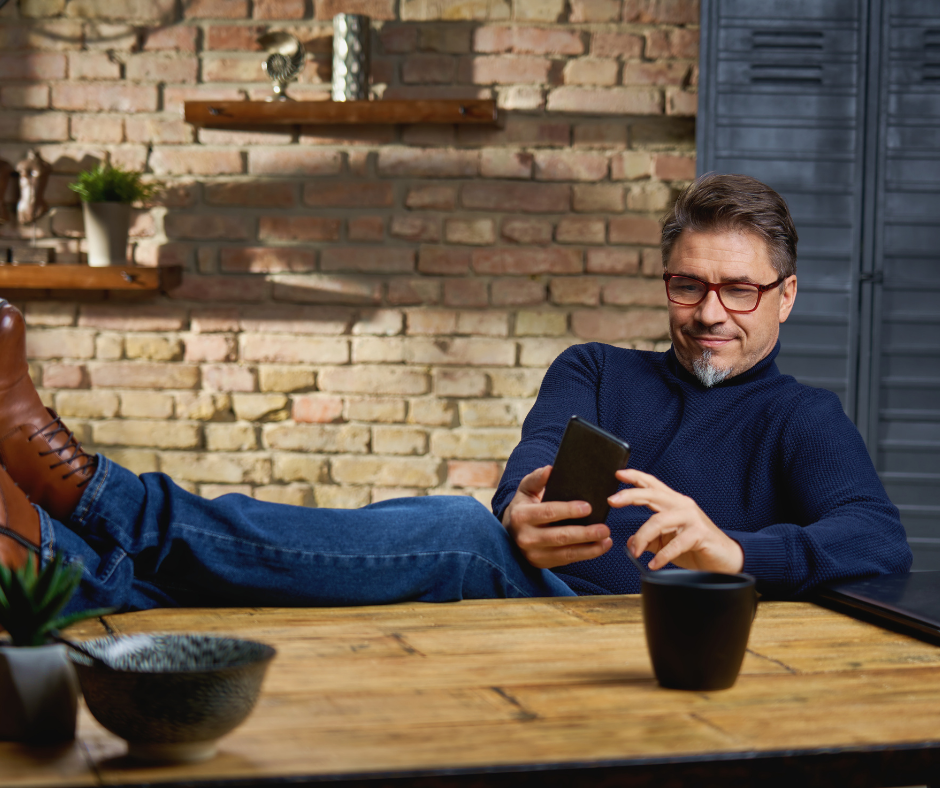 Are you still thinking that dating mature men is the same as dating those boys you used to date?

I have a question for you:  When you look at yourself today, are you the same person you were in your 20s or 30s? Have many of your priorities changed? Has experience taught you new life skills and shifted your perspective on things you previously held as absolute truth?

And what about when it comes to dating and relationships? Have you updated your “checklist” for the 55-year-old men you are dating; choosing not to judge them like you did 35-year-olds? Have you learned that your worth is far more than whether a man wants you, and that you are okay with yourself; whether or not you have a partner?

If you’re like me, the answer is probably a resounding “yes” to these questions. You’ve probably opened your mind to new ideas and perhaps closed your mind to others. You’ve learned life skills that have brought you success, both at work and at home.

In fact, you’re probably feeling damn smart at this point in your life. And you should! You have achieved a lot, and gained a ton of knowledge and skills over the years. Together, this has rendered you one wise woman.

Like you, men in midlife and beyond have experienced, matured and created good lives for themselves and these men can make fantastic partners. Yes, there are some outliers, just like there are women dating like they are still in their 20s. But if you make the mistake of assuming all men are childish, it’s likely the grownup good guys are going to pass you by.

Well, like us, men change and evolve. I can hear you shout “I know that!” (I’m even tempted to throw a “duh” in here.) But in my work as a Dating and Relationship Coach for Women over 40, I often help women who say they know this, yet still tend to make assumptions about men based on stereotypes and expectations that originated in their teenage years and lingered.

Like you, men in midlife and beyond have experienced, matured, and created good lives for themselves… and these men can make fantastic partners. Yes, there are some outliers, just like there are women dating like they are still in their 20s. But if you make the mistake of assuming the mature men you’re dating are childish, it’s likely the grownup good guys are going to pass you by.

Here are three common misconceptions about men that are based on when we were dating boys:

Misconception#1: When dating mature men, they love to chase.

Even if they once were “that guy,” most grownup men — especially the confident, accomplished guys you want to date — no longer see the value and have dumped the challenge of a chase as a hobby. Why? First, the woman-to-man ratio is now in their favor and they don’t have to compete like they did in their 20s. Also, their hormones have mellowed and they have broadened their vision of themselves; reducing the need (and sometimes ability) to rack up sexual conquests.

Finally, the grownup men who have achieved success in life know how to get what they want. If they think you are unattainable, uninterested or you don’t have space for them in your life they will move on. They won’t waste their time on something (or someone) they can’t win. Would you?

And don’t forget about online dating, girlfriend. Until a man has met you, he’s not going to chase you online either!

What that means to your grownup girl:  When you meet a man you are interested in, you need to let him know! It’s not about being aggressive like asking him out or jumping into bed with him. It’s simply about giving him a clear signal that, if he asks, you will say Yes. It’s giving him a “come hither.”

Tell him you very much look forward to talking with him again sometime. Tell him that you had a great time and would like to do it again. Look him in the eye and smile. Ask sincere questions about things he’s interested in. Compliment him. Receive graciously. Have fun with him. Laugh. These are all ways to show clear interest.

“The rules” is out, sister. Making him chase you not only doesn’t fly with grownup dating, it turns off the smart, commitment-minded men you are probably trying to meet. These men are not into playing games or climbing your wall of “I dare you.” They just want to meet a nice woman, have an easy time getting to know her and hopefully meet a wonderful partner to share the rest of a great life.

Like you, men have many years of professional and personal circumstances that required them to develop effective communication skills. You can talk to men and they will talk back, and even listen! This is good news.

What that means to your grownup girl: You can be open, honest and direct with the men you date and have relationships with. There is no need to play games. Tell him what you want, what you don’t want, and your true feelings. When you do so with loving kindness, good timing, and effective communication (the opposite sex does require a special language), you will find that this actually strengthens a good relationship. If he’s the right guy for you, he won’t run away like the uninterested, unwilling, scardey cats you dated twenty years ago.

Just remember that he may be willing but unable to share his needs and feelings and mistaking the two can be fatal. Unlike us, most men don’t have experience puking out their feelings or sharing their trials and tribulations. You may have to help him, but the right man will be willing to learn.

Misconception #3: Men will pick you because “you are there” and they can get sex.

The ego and libido of a man can be very powerful, indeed; especially men in their 20s and 30s. However, for the most part, the mature men you’re dating today have figured out that being with the wrong person is way worse than hanging out with themselves.

Make no mistake: men want sex! But not so much as to play the games they used to play to get us in the sack. Like you, most grownup men want intimacy with the right person. If Halle Berry showed up at their door naked would they say “no?” No way. But the days of trolling for sex are over. Grownup men want companionship, support, and acceptance for who they are…just like you.

What that means to your grownup girl:  If you meet a man that seems to enjoy you yet you don’t hear from him again, don’t take it personally. It’s likely that he knew something about himself or his life that meant you weren’t meant for each other. He’s probably doing you a favor.

With respect to sex, no need to feel pressure to “give him what he wants.” If you seem like the right woman, most men will be patient (as long as they know it will happen sometime.) Most of all, drop the “all men want is sex” nonsense. It only serves to make you mistrust men. Inevitably that creates a wall between you and the men you meet which never results in good relationships. (Or even second dates for that matter.)

If finding love with an adult, interesting, committed man is on your dream list, consider opening your mind to see him as such. If you like him, show him, and let him know there is room in your life for the right man. Help him understand what you want and need so he can make you happy. Trust and honor him for the mature man he is. Do that, and the right man will love you for it. And you just might love him back!