Why Some Men Talk Too Much on Dates 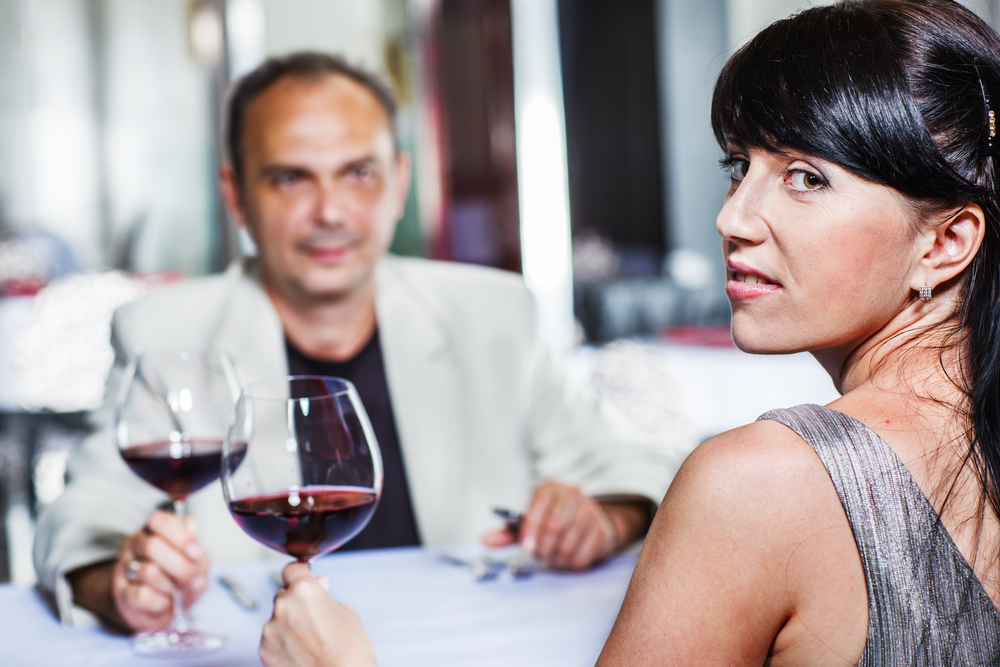 As a dating coach for women over 40, I often hear stories about men talking their heads off on dates as the women sit quietly nodding and “uh-hu-ing.” (Notice I didn’t say listening.) Inevitably, these two will never have another date…unless the woman has been coached by me.

Usually one or more of these reasons will prevent them from having another date:

1.  She can’t fathom the idea of listening to Mr. Blabbermouth one more minute.

2.  He shared something he shouldn’t have and she’s turned off by it. (How many times do I have to tell you: don’t over-share when you’re getting to know someone!)

3.  He leaves feeling embarrassed and exposed, which means he will never call her again.

(There is one exception to this: the occasional guy who just loves hearing his own voice and loves an audience. He will call again. Oh, goody.)

What’s funny about this situation is that it’s quite the opposite of the rest of life. Overall, women talk way more than men. In fact, when men are asked what bugs them about women, most men say we talk too much. My husband says that women talk in stories, but men like listening in headlines. As usual, I think he’s right. (Which, btw, is what bugs me about him.)

Yes, we gals do have the propensity to blab for the sake of it. I love that about women and wouldn’t have it any other way. Yet on dates it’s not uncommon for it to be the opposite, with the man chattering away. He could be nervous” or overcompensating for insecurity…but there is another reason I don’t think we consider. Here is my theory:

Single men rarely get the opportunity to talk about themselves and their lives, and our femininity brings this out in them.

Think about it: men don’t socialize like women do. When was the last time you saw two (straight) men out having dinner or taking a walk together? Male connection generally takes place through activities. They need some sort of goal, and being together is generally secondary to that goal.

Here’s an example. My husband went sailing for four hours with a friend who is in poor health and in the middle of a divorce. When he returned I asked how the guy is doing, and he had no freaking idea; they never discussed it. Why? Because…they were sailing!

Then there’s us. Women get together for the purpose of talking, listening and sharing. The activity – if there even is one – is secondary. When I get together with a few girlfriends for dinner, we will spend two to three hours and talk the entire time. What we eat and the ambiance of the restaurant are of little importance.

When women get together, even often in a business environment, it’s about the human connection. We love being able to talk about ourselves, hear our pals’ stories, and support one another when needed.

Hence my theory: I believe that, when in the company of a lovely woman, some men simply feel like talking – especially when the women seem open to it. Men are just like us: they need human connection and to feel heard and understood. And they get that from the women in their lives.

If you’re out with a man who hasn’t had much female companionship, he may have a lot bottled up. He may “get drunk” from the opportunity to talk about himself to a kind, pretty woman – especially one who appears to be willing to listen.

When you find yourself with a chatty man, show him some compassion. Remember how much you love talking and consider that he might too, yet doesn’t often get the opportunity. When you present him with it, along with your beautiful smile, he might take advantage of the situation.

So instead of just writing the guy off, give him a break. Look for things you like about him and things you have in common. Then manage the conversation away from him; either using a subtle segue or by interrupting if necessary.

If he’s a smart and good guy, he will be thankful that you steered him away from his yammering. And if you find things you like and decide to go out with him again, nine times of ten he will not repeat it. Ask my coaching client “Sharon,” who is now madly in love with one of these guys. She never would have agreed to see him again had I not encouraged her to do so. Now…for her…life is back to normal, and she does most the talking.