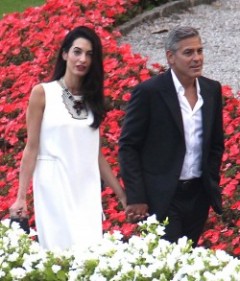 When I say these two words — MEN and COMMITMENT — what comes to mind?

Men are commitment phoebes? Men are afraid of marriage? Men just want the milk without buying the cow?

A lot of women — especially women who are dating over 40 — believe that men are far more interested in getting regular sex than they are in being in a committed relationship. It’s like some truth we’ve been telling ourselves for decades. (I’ve heard that nasty cow comment since I was very young. You too?) We were raised to believe that men want to enjoy our beauty and have the sexual connection, but don’t care much about the other stuff that makes up human connection.

Why then, do  most men get married?? 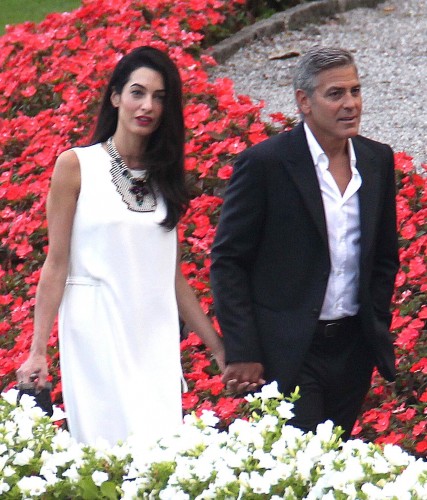 Just to get laid regularly?

Even most of the ultimate confirmed bachelors ultimately get married! Remember Warren Beatty? He’s been happily married for over 20 years to the lovely and extremely talented Annette Bening.

And now the former sexiest man alive, George Clooney, got hitched this month in Venice. George’s bride, Amal Ramzi Alamuddin, is an accomplished human rights trial lawyer. They first met in Italy when he accepted the Andrea Bocelli Humanitarian Award. (Be still my heart. That George really is an exceptional man.)

The way I see it, their connection is about way more than just being so damn gorgeous. George and Amal share some things that are far more compelling and meaningful: Deep commitment to active participation in creating social justice around the world. Consciousness and compassion. Hard work ethic. Passion for whatever they do.

Now THOSE are “must-have” qualities that bring good people together!

A couple by-the-ways” Amal is a first time bride at 36 and George is 53. Yes, girlfriend, here’s another guy who went for a younger woman. But remember, they aren’t like most “real people.” Also, he’s a little shorter than Amal when she wears heels. Just thought I’d point that out. She apparently decided it was OK dating a shorter man. Yes, he’s exceptional. But so are a lot of men you’re meeting who happen to be a little shorter. Just saying.

I know that George and Warren are just a couple examples of recovered commitment phoebes. But they are examples of guys who the women of the world have held up as proof of the “men really don’t want commitment” “truth.”

Now…I’d like you to give me the chance to dispel this men-hate-commitment notion once and for all! This is getting in the way of so many women being able to trust men and open up enough to make the deep connections they so want in their life.

Here is my truth: Men are NOT afraid of commitment, in fact they often want and need it more than we do.

Yes, many men are reluctant to get into a committed relationship and get married; and sometimes with good reason. But they want it.

Do you know about on my Grownup Girls’ Night Out? Every month I offer you a free, live webcast that addresses some of your most common dating and relationship challenges…specifically for women over 40. Past topics include How To Tell Him The Truth Without Scaring Him Away, How Powerful Women Attract Alpha Men, Why the Bleep Didn’t He Call and What to Do About It…and more.

(If you’re reading this before October 16, 2014 that GGNO topic is How to Harness and Embrace the Power of Your Grownup Sensuality. You can still register for it here.)

GGNO is 100% free, but you need to be a registered member to participate live or watch the replays.

Here is what my Grownup Girls’ Night Out  has to do with this topic: Recently I hosted a GGNO webcast called “The Happy Truth About Men and Commitment.” When I saw the news of George’s nuptials, it spurred me on to pull this out and give you all a look at what I taught about men and commitment. You just gotta have these facts! Even if you’re not a GGNO member.

After you watch this, let me know your thoughts about men and commitment. Did I share anything that may have changed your perception or opened your mind, even a little bit? And if you are not yet a member of my Grownup Girls’ Night Out, it’s easy and free to register here.  I hope you do. thousands of women around the world are in on this and you should be too.