How to Be a Confident Woman: Realize You Are Enough 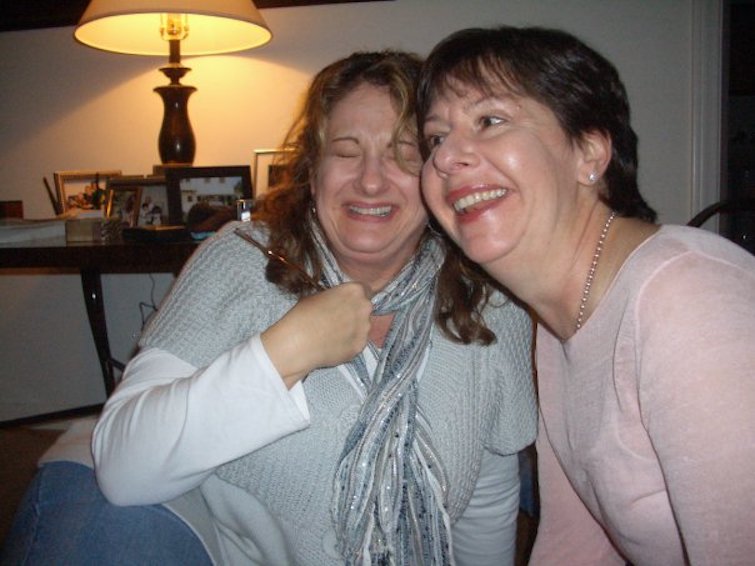 Want to be a more confident woman when it comes to dating and men? Here is something you must know:

Your fear of being rejected is exactly what is getting you rejected.
~ Bobbi Palmer

Last week I was at a reunion of about 15 women I knew from junior high school. Two are close friends today; the others I hadn’t seen in about 35 years. It was pretty fantastic. For the most part they were all thriving. They had created nice lives for themselves.

It made me start reminiscing of my school days.

Junior high and high school were shitty for me. (You too?) I was consumed with how inadequate I was. I was too fat, too short, too uninteresting…too not-good-enough.

My girlfriends, on the other hand, were awesome! They were thin and fun and funny. They were super popular; especially with the boys.

And here’s the transformational, brilliant, kinda sad part: All those decades, all I really had to do was Be Me. It was my fear, and eventually my expectation of rejection, that was keeping me single. Changing my life…living with love…had always been in my control.

The way I remember it, I was a hanger-on; lucky to be part of their crowd. I was the girl they asked to drive because they would all hook-up with some cute boy and I would need a way home. (Hook-up generally didn’t mean the same thing back then…but sometimes it did. 🙂 )

I was a cool chick and had several boy.space.friends. We cut school and went to Bob’s Big Boy together. We met across the street and smoked pot together. (Yes, I started young.) We even gossiped about the cute popular girls together.

But I didn’t have boyfriends.

I crushed on tons of guys. And I had several “romps” that I thought were meaningful at the time, but quickly found out they were not. (Again, started young. But that’s a story for another time.)

I was so insecure…I was so afraid of being rejected…I stopped expecting any attention from any guy.

Then there were the girls I hung out with. They had boys swarming. We’d cruise Van Nuys Boulevard in my bitchen blue Firebird and at least one of them would end up meeting some guy and going with him. We’d go to the mall and I’d stand around while they talked and laughed with the cute boys. We’d go to the under-age dance club and while they danced the night away, I’d sit in the corner and watch.

I was consumed with how inadequate I was. I was too fat, too short, too uninteresting…too not-good-enough.

The truth that smacked me upside the head

My BFF (Best Friend Forever) and I reconnect on Facebook. Lindsay and I were bestest girlfriends in junior high and the beginning of high school; about 12 to 15 years old.

It turns out that Lindsay married a man who went to the same tiny high school in Kansas as my husband. Two valley girls married two Kansas boys! Fun right?

Anyway…here we are at 50-ish, in this beautiful restaurant with our husbands, and Lindsay starts telling my husband how popular I was in school.

She tells him that all the girls and all the boys “liked me so much” because I was “so cute and so nice.” She described in detail how funny I was. She talked about how many friends I had. She told him that the boys adored me.

(I’m proud that I was known as a nice girl at that age, btw. But at 14, who knew being nice counted for anything? Wasn’t it all about being cute?)

This woman, the girl who knew every single solitary thing about me and my life, was saying that I was loved and admired.

She was saying that the boys adored me.

I was actually hearing a rewrite of my life story. And as a now mature, happily married, successful woman…I was finally ready to receive it.

Shit. Was I completely wrong all those years? Had I wasted all that time?

For 30 years— starting in junior high and ending in my 40s — my truth was that I wasn’t good enough, especially when it came to boys and men.

And for 30 years that was exactly how my life went. No men standing in line to meet me or know me. No one to bring to dinner parties or vacations. Fleeting moments of yummy stuff (that turned out to be far from that).

As the women all around me were entering relationships and getting married, I was struggling with getting any kind of attention from men. When online dating came along I eventually got dates, though getting past a first date happened about as often as an oyster makes pearls.

The years rolled by. No relationships; nothing close. Rejection after rejection.

Every time I went to a single’s event and talked to no one; every time I sat at the car wash wishing one of those men would talk to me; every time I had to say no to an event because I didn’t have a date…my view of myself as a woman chipped away just a little bit more.

How I found my confidence…and love

In my 40s, I was so single and so sick of myself…I had a life-changing ah-ha: the only consistent part of all my sad stories was ME.

There I was completely confident with my girlfriends, over-confident in my business life (aka cocky as crap), but with men…I was lost. I was invisible. I was sure I was going to die alone.

I had to make changes.

I committed to honest introspection, learning new stuff and trying new ways to think and behave. I dug deep. It wasn’t always easy but with the support of experts, I was able to see all that I loved about myself. I was able to see that not only was I okay, I was pretty fantastic; both as a person and as a woman.

I saw who I really was, and I started believing I was a woman who could be loved…if only I would let someone do it.

I punched through those decades of beliefs about myself and finally found the real truth: I was like everyone else: somewhat flawed and worthy of acceptance, adoration and love. And, yes, even from men.

I finally stopped wasting time dwelling on my old stories and learned how to lead with what was fabulous about me. Did I have to fake that I was a confident woman for a while? Yes. But then I started believing it and showing it to the world.

And here’s the transformational, brilliant, kinda sad part: All those decades, all I really had to do was Be Me. It was my fear, and eventually my expectation of rejection, that was keeping me single. Changing my life…living with love…had always been in my control.

My husband walked into my life soon after, and he wanted me. Just how I was. Forever.

On Valentine’s Day I attended an event with a “man panel.” The women in the audience were able to ask them questions, and got some honest answers.

Q? (from a 40-something single woman): What is the one thing that attracts you to a woman you would consider as a life partner?

The woman I’m attracted to is One Who Knows That She is Enough.

Seriously, that is exactly what he said.

If a 29-year-old guy gets this, don’t you think it’s time you do? If you’re anything like I was, Stop wasting time holding back, expecting rejection, and feeling less-than.

Be the confident woman who knows…You. Are. Enough.