Where are the Good Single Men over 40? 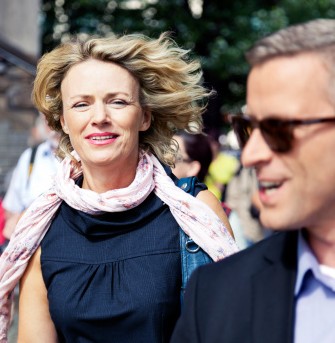 And before you say “Yeah, but all the quality guys are taken or gay,” here are some facts ma’am:

Do these 5 simple things and you will start seeing and attracting quality men wherever you go.

And, remember, especially for those of you in more rural areas where there may be fewer available men, you need only ONE!

I think it’s only fair to assume that these 2000 guys are walking around and going places. They’re at the grocery store, bank and dry cleaners. They are playing golf, drinking coffee, and walking their dogs. (Check this article for more ideas of where to meet men.). Now, all you have to do is learn how to recognize and connect with them.

Where are the good single men? Do these 5 simple things and you will start seeing and attracting them wherever you go.

1.  Lighten up on your requirements.

Don’t just pay attention to the guys who are tall and hot looking. If you typically go for only the hotties or your “type”, join the real world and lower your range to (what you might think are) the 6s or 7s. Often when a man speaks, he can become pretty attractive. (Just like when a hot man talks he can quickly become unattractive.) His sense of humor, his wit, his compassion will make him more attractive, but you will only see that if you give him a chance. Sometimes all it takes is a smile to turn a man or woman who seems like a 6 into an 8 or 9.

You know how some men who are 9s and 10s open their mouth and suddenly become a 5 ? Well, believe me, it can go both ways.

This goes for height as well. If you lower your height requirement by just two inches your pool of eligible men grows exponentially!

When you’re out and about, look at the people around you. Smile and say “Hi.” Maintain eye contact for a few beats longer than usual. It might feel a bit uncomfortable for the first day or two, but it won’t hurt ,I promise. With a little practice it will be fun.

Start a conversation by asking a simple question. You don’t have to be brilliant or clever. Simply asking “Are you getting hot or cold?” at the coffee shop or “Do you know what time they close?” at the cleaners can lead you to your next husband. It really is that easy. Men absolutely love a friendly and confident woman. That’s exactly what he’ll see when you smile at him and engage him in conversation.

You can get the conversation started. But as you may know, men can sometimes talk too much, especially when they’re nervous. Give him a break if he’s fidgety, gets overly chatty or starts bragging. It’s probably  because he likes and wants to impress you.

Whatever you do, do NOT just listen and look on adoringly as he goes on and on. Why would he want to see you or talk to you again unless he feels some connection? The only way he can do that is if you share about yourself. So make sure to squeeze in a few “nuggets” about yourself. Get in a few tidbits about  what you enjoy doing, what makes you laugh, or things you care about. Don’t be afraid to be real and show your softness, dorkiness or even nervousness. Real men are attracted to real women. It’s nature.

If you like him, show him some attention. Men love attention from women, and most of them don’t get it very often. We hold back either because we think it’s their “job,” because we’re too freaked out at the chance of being rejected or because we don’t want to give him the idea we want to jump into bed. Don’t be afraid of any of that! 99% of men will simply enjoy the attention.

If you’re interested enough to want him to ask for your number, get his attention by doing some grownup flirting.

Compliment him! Men are especially flattered when you show them you admire, respect or trust them. Ask him for his opinion or advice on something. You’ll not only get to know him better, he will feel smart and respected.

Oh, and laugh at his jokes–but only if they sincerely tickle you. He’ll definitely know you like him.

Touching is the surest way to make a connection with a man. Below the elbow is the safest place, or you can brush your shoulder or arm against his every now and then. Actions do speak louder than words. And don’t worry! He won’t think you want to sleep with him: only that you’re interested.

Lean in when you’re talking with or listening to him.

Twirl your hair. Make it look subconscious and playful, but it gets them every time.

Don’t worry that he knows you’re flirting…that’s the point!

If he doesn’t ask for your number , don’t hesitate to make a move. You don’t want to ask him out or try to make any specific plans, but let him know you’d say “yes” if he asked.

How to do that without seeming pushy? Clearly show your interest. Tell him “It was fun talking with you. It would be nice to do it again!” Have your business card at the ready if he wants to contact you.

If all else fails, you can even say, “I’d love to continue talking with you. Here’s my card.” That’s not asking him out; it just puts the ball in his court and clearly lets him know you’re available and interested.

Here is your homework for the week:

I challenge you to cast your net a little wider than usual. Start looking at men who are a few inches shorter, a few pounds heavier and maybe with a little less hair than your ideal. Men who are more in the 6+ range on the “hot” scale. Don’t look at it as lowering your standards as much as increasing your chances of finding a hidden gem of a man.

They don’t even have to be men with whom you want to close the deal. I just want you to practice eye contact and connection, flirting, and opening yourself up to men outside your usual zone.

I want to hear how it goes! Leave me your comments below about your experiences this week. I especially want to hear if you notice  their attractiveness changing, either up or down, once you get to know them. Does it seem like there are more eligible men than before? Were you able to listen as well as sharing your nuggets too?   Did they ask for your number? Were you able to close the deal?