Where to Meet Single Men Over 40 (A Man’s Advice) 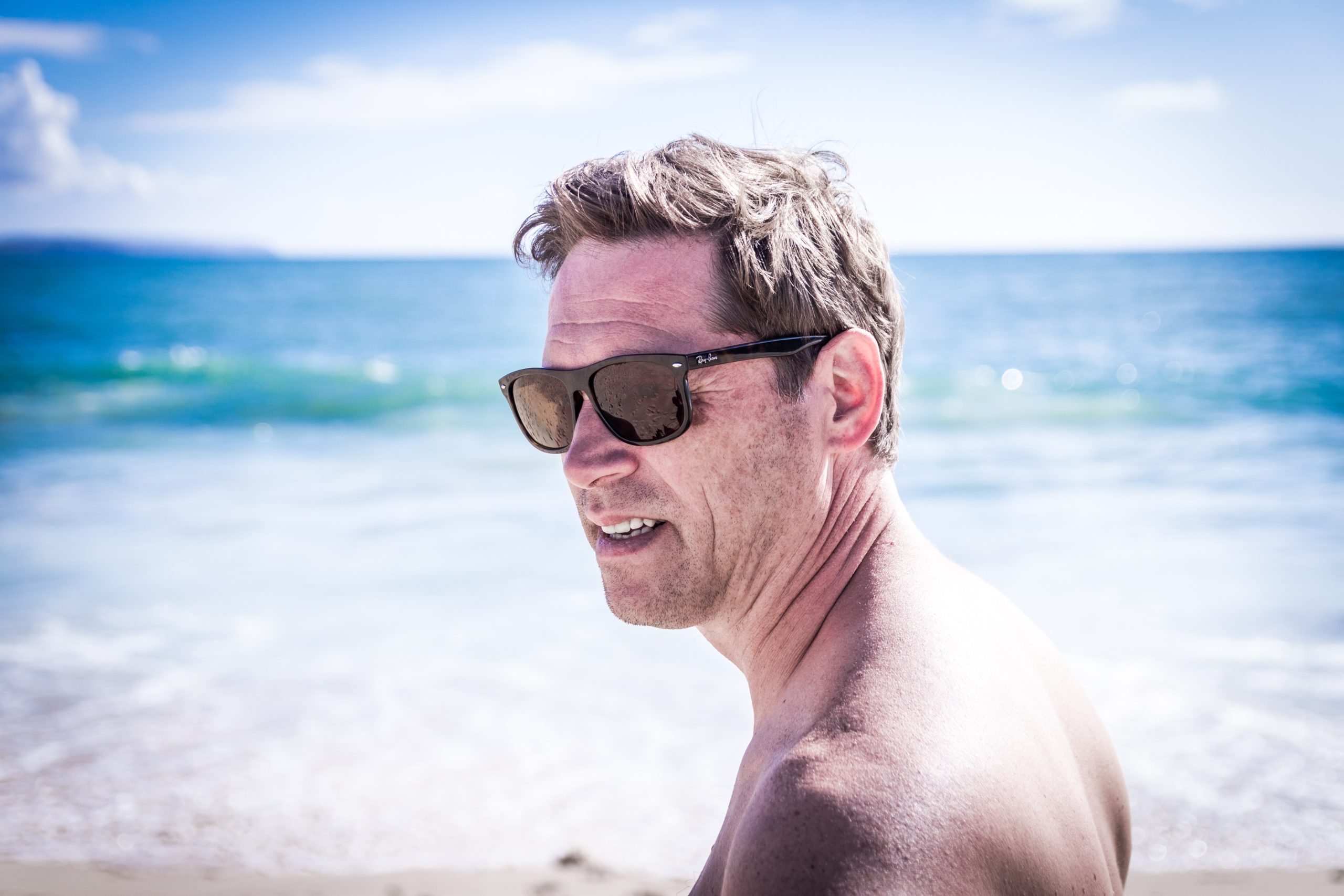 We LOVE men, don’t we? Well, there’s some interesting data that points to married men being healthier than their single counterparts… And I can’t think of a better way to help them stay healthy than to get them hooked up and married to a nice woman like you!

Here are a some reasons being married is healthier for men than being single*:

So, I thought I’d share information with you that comes directly from the dude’s mouth. Here’s my thinking: If you get this info from them, it will help you be a better dater and partner. Then you’ll be more likely to connect and attract the right guy; which means more men get married and stay healthy! (A circuitous route, but I think it gets there.)

Today’s article from my friend John Armenta. John is 45, divorced and likes being single. He’s the guy who will tell you when you meet that he’s not looking for something serious, and he means it. He says he’s open to settling with “a woman who knocks his socks off.” I don’t know if that woman exists so I’m thinking John will remain single; just like he likes it.

Where to Meet Men

Disclaimer: I am NOT a professional dating coach, life consultant, or social guru. I am just a single man who wants to share a few things with the women of the world. So here it goes …

Let’s discuss what kind of a man you want to meet. He is going to be employed in a steady paying job, preferably a nine to five. He has his own house and owns a vehicle or two. He does fun things and domestic chores on the weekends. Maybe he has a motorcycle or golf clubs. Maybe he has an off-road vehicle—A boat? Scuba gear? Skis?—and he is definitely online.

Okay, so this guy will be at work all day Monday through Friday. That’s not the best time to look for him, nor is it a good idea to chase him down at work. But any evening, especially Friday nights and Saturday nights, all day Saturday, and all day Sunday, this guy is available. You just have to find him. Now, if you only knew where to look.

A man has to eat and if he is single, like you want him to be, he probably eats out frequently. Look for him in higher end restaurants. Sure, places like Denny’s or Village Inn attract a man, but look for restaurants that have a salad bar, or maybe even buffet style cuisine. Higher still, you might meet this man at Red Lobster or Outback. The man of your dreams may have small children and may be enjoying time with his child on a Friday evening at the McDonald’s Playland. The whole idea is to get to the restaurants where the men are. Pick a restaurant that caters to the particular kind of man you want to find.

A man needs to do laundry. He probably has a washer and dryer at home and does his laundry there, but not always. Look for him at a Laundromat on Sunday afternoons, or Monday or Tuesday evenings. Mondays are probably best. He procrastinated all weekend, and when he finally decided to do his laundry, it was too late Sunday afternoon to get some effective laundry done. The best way to play catch-up-on-laundry is to go to the Laundromat.

On the weekends, a man may be enjoying time with his children at a place where children like to go. An indoor park or playground may be just the place. An outdoor park is always fun. Maybe he’s taking the kids skiing, four-wheeling, or boating. Look for a man in late August to be in a store or the mall with his kid to get school items, shoes, and clothes. A man who shops with his kids? Yeah! He’s a keeper!

Movies are a fun thing to do with kids, especially kids’ movies. The next time there is a Disney movie in town, take a girlfriend to the Saturday afternoon showing. Tell her your plan about meeting the man of your dreams at a kid’s movie. She may help you do it. She might even get in on the action herself, so watch out!

If he doesn’t have children, or, say, if the kids are with his ex this weekend, then this is a perfect time for him to get some of those pesky house projects done. Maybe he needs to replace the battery in his car. Well, he needs to buy that stuff, so look for him at the hardware stores and auto part stores on the weekend. Sears, Home Depot, NAPA Auto Parts, Car Quest—men are there! Look for the higher end pick-up trucks in the parking lot. Surely your man-to-be has a nice truck to haul things like lumber, tools, and ATVs!

You want a man who takes care of himself. His health and physique are as important to him as they are to you. He’ll probably be at the gym working out on Saturday mornings, or on just about any evening immediately after work. He’ll be lifting weights, or running a fast treadmill. He hates sit-ups, but he’ll be doing a ton of them anyway.

A single man buys groceries, but not often. When he does, he does it like everyone else, and maybe once a month. He’s in the grocery store buying meat and potatoes and veggies—especially veggies. Remember: Your man is health conscious. He’s at the grocery store on the weekends, or any evening except Friday and Saturday.

And then, he is online. Pick a dating site. The bigger or more popular sites will have LOTS of great men on them. The bigger the city, the more men there are. Post a hot picture or a glam photo of yourself, write something sly and alluring, and hold on, girl! Women get about 100 times more email from men than men get from women. It’s just one of those facts of life. My advice: Respond to every NEW emailer. Seriously, even if you don’t like the guy and you KNOW you will never EVER date him, at least send him a “Thanks, but no thanks” message. Don’t worry about hurting his feelings. He will respect your candor, and actually feel good that you responded. Ignore him if he responds back. You’ve already told him where you stand, and that’s good enough for anyone.

Now imagine this: You come across a field that has been raked by flooding waters, and you see sparkling specks in the soil. A closer inspection reveals these specks are indeed diamonds! So what’s the first thing you do? You pick them up one at a time with your bare hands and put them in your pockets! How simple is that? Imagine the dirt on your hands … and on your knees! What if you start digging into the soil with a stick or shovel, and there are MORE diamonds!?

Okay, now you know where the men are, and at about what time to go find them. So when you find them, what do you do? Sit there like a wall flower and look at them? That’s no way to get diamonds in your pocket! You’re going to have to get your hands dirty, girl. You’re going to have to work for it. This is a different world, a different time. The “lady-like” rules of your grandmother’s era no longer apply. I am not suggesting you act like a slut, or abandon your principles. But to sit patiently and wait for a man to approach you simply does not work now days.

Women are equals—more now than ever before—and men are imposing and expecting as much. So, as a woman, you have the right AND responsibility to tend to your own happiness. If you’re on the beach and find yourself in the middle of an accidental all-male review, and you just sit there, you are not going to meet a man. Today’s man has many more options and ways to spend his time than to pine for and seek the love of his life. Throw in the years of rejection he’s endured since he was old enough to like girls, a few horror stories about sexual harassment, the occasional news story of false claims of stalking and rape that resulted in prison sentences, and he’s just really not all that motivated. Besides, there’s an entire world out there, and a self-supporting single man wants to experience every bit of it in this journey we call life. He can’t be “bogged down” by a relationship. But he would be willing to “fly” with the right lady! That means competition is stiff, so you’ll have to make the first move. If you are smart, out-going, somewhat bold, and a little lucky, you may snag a man who wants to take you with him on his journey. Are you prepared for that?

Now…do John a great favor and give him your feedback. What do you think of his ideas and information? He was awfully generous to write this for us, don’t you think?