How to Make Friends with Rejection 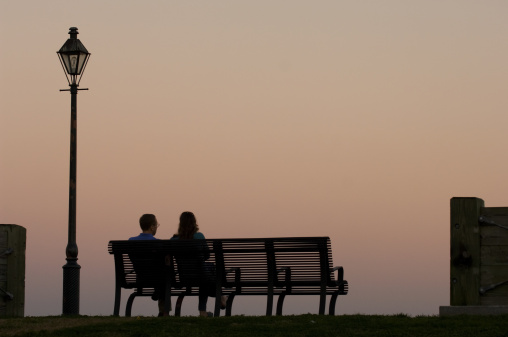 Rejection sucks. There’s no other way to say it. When he doesn’t show interest, doesn’t show up, or breaks it off after a relationship develops; it’s ugly and icky. No doubt about it.

Thing is: rejection doesn’t have to strike a mortal blow.

I know so many women who avoid connecting with men – by choice or unconsciously – because they don’t want to experience rejection. If you don’t accept – even welcome – rejection, your dream of meeting a life partner will most surely never materialize. It will keep you from getting out there and giving it your best.

As I always say: It’s your fear of rejection that’s getting you rejected.

Here are three things I want you to consider before holding back or giving up because of your fear of rejection.

It could actually be a good thing.

I know this is a tough one to believe, especially at the time you’re experiencing it. But sometimes – actually, often – the man who rejects us is doing us a huge favor.

Up until a certain time in our lives many of us tend to go for men who are not good for us. It took me until my mid-40’s to grow myself out of being a Bad Picker. (Are you still in that time of your life?) We’re attracted by all sorts of whacky things and just don’t make the best choices.

Men are smarter than a lot of us think, girlfriend. So if a man senses that he isn’t for you, he will often dump you like a hot potato. Why? Because he knows he won’t be able to make you happy.

Is he doing it as a favor to you? Nope, probably not. He’s doing it to avoid having to deal with your complaints and attempts to change him. Regardless, this may feel lousy when it happens but, in the long run, it’s a good thing.

Here’s an exercise: Look back at the last few men who you felt rejected by. In retrospect, how great were they really? If he had stuck around, how would that have enhanced your life? When you do this, you can’t count the men you merely fantasized about and really never knew. What you imagined he’d be like doesn’t count. I’m talking real guys here who you dated some and got a chance to know. Is your life really so much worse because he’s not in it?

You may be making it up.

How often have you decided that a man is not interested; only to get his call the next day? We gals have an uncanny way of over thinking to the point of simply creating our own reality.

It goes like this: he said he’d give you a call tonight, and he doesn’t. His dog died, he had to work late, or he came down with a cold and didn’t want to sound snotty when he talked to you; so he didn’t call. By the time he calls the next day, you have already talked yourself into such a tizzy…you’re sure he’s dumping you. You feel rejected because you’ve experienced it; even though it wasn’t real.

When this happens, or when you’re in the middle of a date and decide (a.k.a. imagine) that he’s not interested; I can almost guarantee you he won’t be. Once we get it in our heads that we’re going to be rejected, our wall goes up and we’re in protection mode. That’s not attractive, he senses it, and he moves on to a woman who is confident and open to connection.

It’s not as bad as you think.

Losing a loved one, not getting that job you needed to pay your mortgage, finding out you can’t have kids: those are horrific occurrences in life. Having a man say “no” to you…not so bad.

I think that the pain and humiliation we feel goes way back to when we were in junior high school, when a boy not liking us actually was about the worse thing that could happen.

But we’re older now. We have experienced so many other things in life. We need to have perspective and realize that giving so much importance to whether a man likes us or not is unwise and even a bit immature. (Certainly, if your rejection comes in the form of divorce, that’s another story.)

Dwelling over rejection is a waste of time. We have a lot of responsibilities and important things to do with our lives. Getting another date with that hot man you hardly know is not one of those things.

I’m not saying it shouldn’t hurt; it most likely will. I’m just saying that in the whole scheme of things, these rejections should not stop you in your tracks. Take time to go out with your girlfriends, have a couple glasses of wine, and complain about men. Then move on to the next great guy who’s out there waiting for you.

You’re probably never going to be best friends with rejection. It will always feel somewhat bad. But it just doesn’t need to be a determining factor in your otherwise great life.

Feel the disappointment, get mad at him if you want, and then pick yourself and go out a stronger and smarter woman who is one step closer to finding a fantastic man to spend the rest of her life with.

Gotta go. Be good to yourself.