Feeling Rejected? Why You Should Be Happy – Part Two 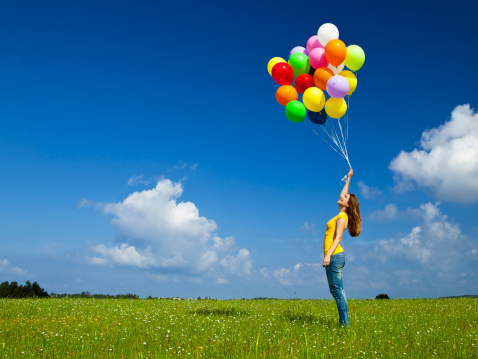 We’ve been talking about feeling rejected, and why the pain you’re feeling may not be necessary at all. I know you’ve been waiting with bated breath!

As promised, what follows is my seriously humiliating story of falling for the wrong man and holding on for dear life.  I’m quite sure I’ll feel fantastic once I share this so publicly…not! (The things I do for you!)

(If you missed it, you can read Part One here.)

When I met Steve I was 35. I was an accomplished, independent, grownup woman.  Steve told me on our third date that he would never marry me.  He said that he would “hang out with me” until I was ready to move on, but would never make any commitment.

I was looking for marriage and told him so. But yah, you guessed it: I chose to stay, and I fell in love.  After more than 3 years (!!) with him, during which time we practically lived together and he was always kind and fun to be with, he never ever called me his girlfriend. And although he never swayed from his initial declaration, I was oh so sure he would change his mind.

Any day, I thought. But it never happened. I was crushed when I realized the truth and I finally left. I cried my eyes out for months.  I honestly thought my chance for love had passed me by.  (Steve quickly moved on and last I heard, at 50+, he is still single.)

Fast forward to today.  It’s many (many) years later.  Years spent in a some mini-relationships and affairs; dating offline, online, and speedily; going to seminars and reading books so I could “understand” men; and paying for some bad and some great therapy.  And voila!  Here I am, an extraordinarily happy and fulfilled woman married for life to an amazing and loving man, sharing the grown-up relationship of my dreams.  (It took a lot of work to get here, but let me tell you that the payoff is spectacular.)

And voila!  Here I am, an extraordinarily happy and fulfilled woman married for life to an amazing and loving man, sharing the grownup relationship of my dreams.  (It took a lot of work to get here, but let me tell you that the payoff is spectacular.)

So now, I’m here to say to my dear Steve: Thank you so freakin’ much for rejecting me!!

Praise the Goddess, Allah, the Universe, your Aunt Tilley…whomever…that the Steves in our lives reject us. They generally do it because they know something we don’t know (or refuse to know): they would never be able to make us happy!

Most men are pretty clear about who they are, what and who they want, and how much they are willing to give.  And if they declare it as Steve did; believe them damnit!

If a man has no real interest or ability to make you happy, he may hang out with you but he won’t commit to sticking around to nourish your heart and mind.

No matter how convinced you are that he’s The One, you need to take a man’s rejection as an important positive sign.  If you’ve shown him your real and true self and he doesn’t choose you, be grateful. He knows himself way better than you do and he sees something that tells him that you’re not a good match.

This has nothing to do with you not being ‘good enough.’ Like with my ex Steve, it probably has everything to do with him; his goals in life, his past experiences and his other mishegas. (Mishegas=insanity or craziness, for the Yiddish challenged.)

Maybe he just wouldn’t be caught dead married to a gal with your hair color.  Or your family. Or your height. Or maybe he wouldn’t be caught dead married to anyone at all. No matter; these guys are doing us a huge favor when they don’t reciprocate our adoration and they hand us our girlfriend pink slip.  (Granted they generally don’t dump us out of the goodness of their heart, but it’s a mitzvah nonetheless. [Mitzvah=good deed. All of the sudden my Yiddish is coming out.])

Girlfriend, I’ll bet that every woman at various times in her life has fallen for a man who is not good for her.  We do it for various reasons.  We’re attracted by all sorts of whacky things, and we can make really bad choices when it comes to the men we pick.  The bottom line is this: simply like and respect yourself enough to expect a man to make you happy. You deserve that. And when he doesn’t, even it that means he dumps you, know that you’re great and that this is part of your journey to love. Until you find The One, thank the man who rejects you, dumps you, or disappears.  He knows something you don’t and he’s doing you a huge favor. Thank goodness!