Make Your List, But Consider It Twice (Or Thrice!) 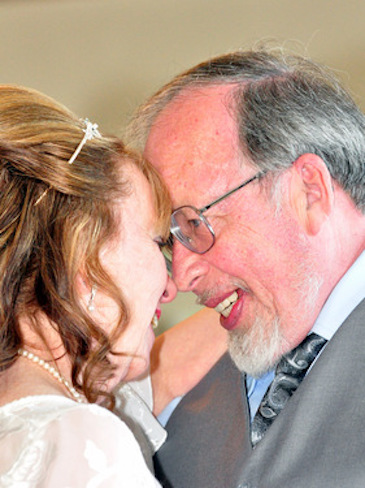 Can you use a dating pick-me-up? Something to boost your hope of finding your fabulous life partner?

If you’re wondering if dating and the nonsense that sometimes comes with it is worth it, read on. I have a spectacular success story to share, along with advice on two simple things that will bring you the same success.

I received the following email last week from a woman I coached several months ago:

I want to thank you for the wonderful advice you gave me… I have listened and applied and have given my heart to the most wonderful, loving man of my life. We became engaged over Thanksgiving weekend and are planning to be married in April.

Thanks for your service. At this time of our lives we really have to be a “grown-up” but I had no idea that I could feel this totally head over heels in love again.

May your holidays be joyous!
GS

Yeehaw! I just looooove hearing this.

GS is a widowed woman about 60 years old. She met her man at church.

When she came to me for coaching, she had been dating him a couple months. She wanted me to help her break it off with him.

That’s right: she was ready to end it.

Here is how she described the situation at the time:

“He does not have the ideal stature or looks that I had in mind…he has some qualities that I like…I told him that I was just looking to be friends because I have not dated enough to know what I really want.”

In a relatively short time, I helped GS understand that breaking it off may not be the best answer. Instead, I helped her see that maybe he was a good match for her, and maybe she was quite prepared to pick him without going on 50 more dates.

As such, GS and I worked together on two things:

I helped her clarify what she wanted and needed to truly be happy with a man in a relationship.

I reminded her that while she hadn’t had many experiences with men (she was happily married for a very long time), she had a great deal of life experience—enough to know what she wanted and didn’t want. (After I helped her articulate that.)

I encouraged her to focus on the feelings she felt with him rather than the list of qualities she thought her man ought to have.

I asked her the important questions I ask of all my coaching clients when trying to decide if a man is right or not : Do you feel safe and special when you’re with him? Do you have fun together? Can you be your real and best self with him? Would you need to give up anything you love about your life for him?

I encouraged her to give him—and herself—more time to tell if they were a good match.

I told her she had options other than breaking up with him.

She could tell him she didn’t want to rush to commitment and wanted to date others.

I encouraged her to trust herself as the mature, thoughtful woman she was.

She told him that she was seriously considering him as a mate and hoped he would stick around so they could continue getting to know each other. And he gladly waited…like all grownup men do when they are enchanted with a woman.

Not too long after they became engaged. And not long after that they married. (This is a picture taken during their wedding.)

This happens every day to women like GS and you; women who have lost loving husbands, endured painful past relationships and even moved into their 50s and 60s without even experiencing a lasting intimate relationship with a man.

What gets you past your past and moves you into your bright future?

Remember, your list of “requirements” for a mate don’t have to be hard and fast. Old rules can really be our enemy! Just like you as a person, what you want and need can grow, evolve and change over time. (Here’s how to start working on your new grownup rules.)

If you discount someone as a potential mate just because he doesn’t seem to meet all your requirements, check your list, ok? You might find that you’ll miss out on an adventure of a lifetime.