What 100+ Single Men Think and Feel About Cheating, Love and More 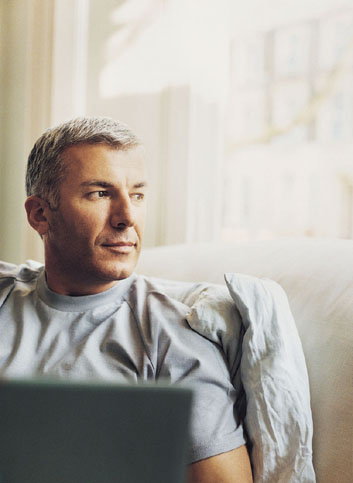 As your dating and relationship coach it’s so important that I teach you as much as I can about men: who they are, what dating is like for them what they want , what they mean when they say or do certain things, what they think about your body ,why they disappear.

As a matter of fact, last week we recorded a brand new man panel with three totally grownup, marriage minded, good looking guys. I can’t wait for you to see and learn from it, and maybe even hook up with one of them. (Kidding.)

So, why do I keep giving you the guy’s perspective? Why do I have men guest write articles? Why do I keep educating and yes, harping, on the importance of you really understanding and gaining empathy for men?

Every time I go down this you-gotta-understand-men-more-road I eventually get somewhat angry emails asking “Bobbi, what about us? What about what WE want and need? What about empathy for us? Why aren’t you teaching men how to understand US and make US happy?” (Often it’s followed by something like “men are the ones who need this help, not US!”)

Well…the truth is that we ALL need to learn more about each other. And, yes, I know I’m supposed to be a coach for WOMEN, right?

Right! I am YOUR COACH, which is exactly why I focus so much on men. You already know about women! (Although I do work hard to also help you learn a heck of a lot more about yourself.)

I make the assumption that it is your goal to find the perfect man for you and be with him for life. So, it follows that the more you truly understand men, the easier it will be for you to attract the right one, choose the right one and finally live happily ever after.

And btw, I’m not saying all guys over 40 think, feel and act the same way. But the GROWNUP ones, the ones YOU want, have many similar qualities. These are the guys I focus on and the guys I help you get to know in a meaningful and compassionate way.

Grownup men want to connect with us as much as we want to connect with them. But so often we both miss the mark and we both end up frustrated and alone. While we can’t control men, we can control ourselves. And I firmly believe knowledge is power. And, when I focus on men, I’m given’ you the power darlin’.

Talk show host and author Steve Harvey airs a lot of shows about dating and finding love. I agree with a lot of what he teaches (definitely not ALL of it), and I love that he addresses this man-woman thing so often and so directly. Now that I’ve been a guest twice on the Today Show it’s my not-so-secret goal to be a guest on his show and really laser focus on the single woman who is dating in her 40s, 50s and beyond. (Can you please write him and let him know he needs me to be an expert on his show? Are you listening Steve? )

Last week Steve did a fantastic show about what men really want. He surveyed 100 single men about love and sex and here are some of the things he found out.

This didn’t surprise me at all. How about you? Men don’t wander because they just want to get laid. Most often they do it because they are lacking real emotional connection in their relationship.

Hello! Men are taught not to show their emotions. They don’t run to pick up the phone to cry to their buddy when they get dumped like we do with our girlfriends. And even if they want to, many really don’t know how. I encourage you not to take a man’s stoic response at things as a sign of not caring or not feeling. Maybe you just need to help him learn to express it.

Isn’t that so beautiful? These were the top things men want to give us! And in all my work with grownup men, I can say this goes double for these guys.

Steve also asked men what they really want to know about women. Here is the clip . He makes it funny but based on all the men I’ve surveyed and knows, this is all true. You can learn a lot from this too. (And hey, when you watch maybe you can leave a comment to let him know I sent you there.)

I’m going to keep on giving you this type of information about men. Just remember, that when I do, I am doing it for you. Not to tell you that it’s only your job to understand the opposite sex, but to further empower you, the over 40 single woman who knows so much about life and has so much compassion, but maybe needs to extend that wisdom and loving nature to this part of your life.

I’d love to know what you think of the answers to his questions. Surprised? Do you have any experiences that you want to share to help us learn more about men in this way? I want to hear from you .