How to Talk to a Man About Something That’s Bugging You (and Save Your Relationship!) 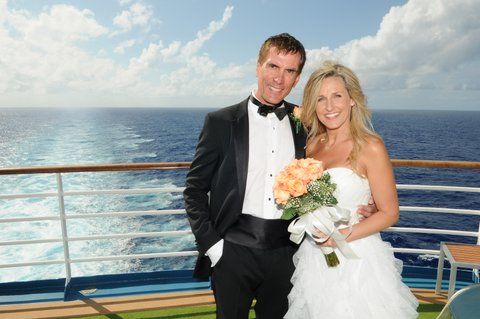 My client Rebecca had been dating Jim for six months. They had been exclusive almost since the day they met, and their relationship was moving along quite nicely. She really dug him, and they talked about a future together.

But there was one thing that constantly bothered her – and it was a BIG thing.

Jim had not yet introduced Rebecca to his daughter.

On more than one occasion (actually several) Rebecca mentioned that she’d love to meet her. Jim would vaguely nod his head and change the subject. No meeting was taking place.

Rebecca took Jim’s actions (or lack thereof) as a sign that he wasn’t truly serious about sharing his life with her. If he wanted a forever relationship, why wouldn’t he want her to meet and get to know his daughter, especially since they were super close?

She was prepared to move on; deciding that he must be stringing her along.

Thankfully Rebecca was still in one-on-one coaching with me, so I was able to give her some perspective. She was making a 100% assumption about what was going on. To leave this otherwise loving relationship without having a conversation about this just didn’t make sense.

With my coaching, Rebecca crafted a way to broach this subject with Jim. She was extremely hurt, so I helped her do it in a way that opened up the topic in a way a man would respond to.

She told Jim that she had something she wanted to share with him and asked what a good time would be. When that time came. Rebecca told him something like “Jim, I care about you so much, and I’m with you in starting to see a great future together. I know how important your daughter is to you and I’d like to share that part of your life. I’d like to have a conversation with you about why you haven’t introduced me. Can we do that now or some time soon?”

When you approach communication with your man in an open, loving, non-confrontational way what you learn may surprise you…

Let me break that down:

Rebecca started off with a truth that was positive (I care about you and see a future together), then she asked for what she wanted, (to share this part of his life and have a conversation about why she hasn’t met his daughter) then she got his buy-in (Can we do that now or some time soon?).

Rebecca was loving, direct and non-demanding. Grownup, right? No blaming, no accusations, no histrionics.

My client Ann had a similar issue with a new relationship. Ann loves to travel, and she likes to do it with all the amenities – nice hotels, expert tour guides, great theater tickets.

Ann and Alan were getting more serious but she noticed that when he talked about his past travel experiences it was all about planning on the fly and being as budget conscious as possible – not her style at all.

Ann was starting to think this might be a deal breaker. They were both retired and really wanted to do some serious travelling – but Motel 6 was not going to work for her. I encouraged her to check in with Alan about this – without judgment or expectations. In a way you do when you are mature dating.

Using the same approach as Rebecca, Ann told Alan that she thought they were simpatico in so many ways that made her happy. She then told him what she observed about their differing travel styles and stated the fact that she was concerned about their compatibility on this issue.

Alan laughed and told Ann that he loved that kind of travel too. He was more than happy to ramp it up a notch or three for her. (He thought from the day they met she was The One.) He explained that when he traveled alone or with the guys he was fine roughing it. But with her it would be completely different.

The next week they planned a great trip together. Ann made all the arrangements.

Ann, like Rebecca, almost ended a quite lovely relationship because of an assumption she was making. For both women, they were considering leaving, and it was simply because they didn’t know how to have the conversation required to get the facts.

Oh! And what about Rebecca and Jim? He was more than happy, and actually relieved to have a conversation about this daughter with her. Jim told her that he was concerned that Rebecca wouldn’t like his daughter. That was why he had been avoiding introducing them! Kinda not the story she had been concocting in her head, was it? This never crossed her mind.

Rebecca met Jim’s daughter soon thereafter. They aren’t best friends, but they get along. Jim and Rebecca got married about a year later on a ship while cruising to the Caribbean.

The third principle of dating like a grownup is taking responsibility for your actions and outcomes. As you date and develop relationships, you have endless choices to make. Especially as women dating after 40, you already have so many skills to help you navigate these experiences. Apply what you know, and keep getting help like you are here.

Before you start thinking you know what is going on with a man, before you’ve decide something is a deal breaker, take the responsibility to have an adult discussion and check in with him. If you have skin in the game and you’re seeing good possibilities with him, why wouldn’t you?

I’ve seen so many potentially good relationships never get off the ground or end, simply because of some communication that never took place, or a conversation that went awry.

When you approach communication with your man in an open, loving, non-confrontational way what you learn may surprise you – just like it did with Rebecca and Ann. And one more great thing: The experience of having such a conversation only deepens your connection and sets you up to have more meaningful communication going forward.

Can you think of times in the past where knowing this communication skill would have helped you? Have you ever cut and run when maybe some communication could have changed things? Leave me comment and let me know. I’d love to know if this helped you!