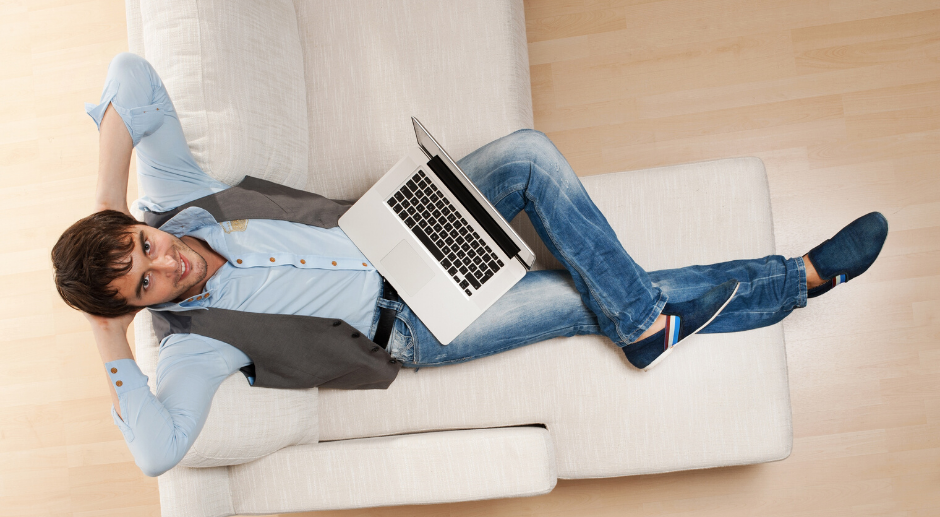 I hope you’re online, especially now with COVID 19. Today I’m giving you online profile tips for mature women (like you!) who are looking for a real grownup man.

These tips come directly from a man who has been online on and off for quite some time. I can vouch that “LM” is an incredibly smart, kind, generous man who is looking for the real deal. He’s the guy YOU want to meet. (As a note we think he may have found his One.” Fingers crossed for him.)

Stay safe and well, my friend.

Face reality. You have to be online if you’re going to find your partner.

As we get older it becomes harder and harder to meet people the way we used to. Connecting through school, mutual single friends, etc. just doesn’t seem to work the way it did when we were in our twenties and thirties.  That leaves many of us with only one option…

the deeply flawed, tumultuous, seemingly irrational world of online dating.  The sooner we can accept this unpleasant reality, the sooner we can move onto finding a life partner.

Who am I?  I’m just a random guy trying to accomplish the same thing you are, finding a life partner.  I have no credentials other than experiences and ideas formed from being on the other side of the computer screen from you.  With that disclaimer, let’s roll.

Finding a person that brings you immense happiness for decades is pretty heady stuff.  Doesn’t finding them warrant an effort that reflects that? Shouldn’t preparing your profile justify more effort than picking out your next set of kitchen cabinets?

Online dating is driven by your profile the foundation of which is, first and foremost, your photos.  They drive everything.  When somebody relates to your pictures, then and only then, your essay comes into play.

Before we start, let’s step back, take a breath, and put the magnitude of your end game into context.

You may very well live another 40 or so years. Finding a person that brings you immense happiness for that many decades is pretty heady stuff.

Doesn’t finding your lifetime mate warrant an effort that reflects that? Shouldn’t preparing your profile justify more effort than picking out your next set of kitchen cabinets?

I come across a lot of profiles where it was clear very little effort went into them.  The message that sends to me as a guy is that the search and a relationship isn’t that important either (and usually after meeting that ends up being the case).

Bp note: See…relationship-minded men aren’t that different from you!

Yep. Everything starts with your profile picture.

If your pic doesn’t catch somebody’s interest, they’ll never even get to your essay. It’s vital to choose it and the other interior images carefully.

I strongly consider having them done professionally.

Keep taking pictures until you get those with a natural smile or laugh. A typical professional photoshoot will require several hundred photos to get half a dozen great ones, so be patient and picky.

Have one full body shot directly facing the camera (standing in front of your bike for example).  This is crucial. Trust me, guys have a huge range of what they find attractive so just put yourself out there, you’ll turn on a bunch of guys.

Don’t believe me?  I know you don’t. Go into any public place and you’ll find dozens of women that look just like you that are clearly happily coupled.  Actually, you’re probably even hotter and more charming than them and their husbands just got lucky.

One more thing: Rotate your profile picture every couple/few months. Maybe sooner if you’re not getting profile views.

Did I mention the photos should show you with a natural smile or laugh? (Bp note: YES! SO important!!)

Trust me, guys have a huge range of what they find attractive so just put yourself out there, you’ll turn on a bunch of guys.

Yep. Men who are serious DO read your profile.

If somebody opens your profile they’ll move on to the essay.  You want to put yourself in the position where you are attracting the right men and doing the screening, the cutting.

What you don’t want is for a guy to read your profile and screen himself out.   How long does it take to hit the delete button?  Half a second?  Don’t worry about having too many people contacting you.

I’m a maverick in that I view the profile has having only two purposes:

Bp note: I don’t agree 100% with LM here. You may have limited time and/or emotional energy so you may not want to spend a lot of time screening. I’m a proponent of having any super-major dealbreakers expressed in a positive way. For instance, if a guy loves Trump and you don’t want to date him, let him know enough about your beliefs/values to allow him to self-select out.

There should be zero questions about what your end game is.

If you’re one of Bobbi’s clients or readers, you likely want a deeply committed long term relationship.

Put that out there early, often, without apology and lay it down…. hard.  You’re not looking for friends, hiking companions, or dinner companions. Don’t hesitate to let them know.

BP note: A man like LM really wants to know this! He told me that it’s the first thing he looks for since he’s had situations where he had feelings for a woman only to find out she just wanted to fool around. (Yes, there are women like that out there. It’s not just men.)

Don’t talk about yourself. Talk about Him.

Psychology 101 tells us that you’ll get be a lot more successful if you spend your time telling the reader what you can do for THEM as opposed to what you want them to do for YOU. What would a great life with you by his side look like?

For example, “I’ll have your back no matter what life throws your way”.  Not, I need you to be 6’5” tall, totally ripped, and wow me 24/7.”  Again it goes against convention but I don’t recommend putting anything along the lines of “I’m looking for a guy who is….” Just don’t.  Nothing positive will come of it.

The only exception is “I’m looking for only one thing in a guy and that’s somebody that wants a long term relationship and is committed to making it a priority”.

If a great guy reads your profile what does he get out of it?  What would a great life with you by his side look like? Paint a picture.

Don’t write what you think a guy wants to hear. Give a sense of what your personality is really like.

Quirks and failings can be very endearing, attractive, and humanizing.  Comments like, I’m a terrible parallel parker, I snort when I laugh, I change my mind 1000 times a day are hilarious.

Lay your true self out there with complete self-acceptance.

Don’t hide, apologize for, or cover up who you are.

Do you spend your Friday nights doing nothing but watching Bravo?  If so, then don’t fudge and say you’re salsa dancing until 1am.  There are a million guys, totally exhausted after a long day of work that would be thrilled to be sitting next to you on that couch drinking a cold beer.

I’m also going to go against common convention and recommend against getting into character traits, either yours or your potential partner’s.

Discussing things like loyalty, integrity, etc. is pointless, a total waste of ink. Why?  As vital as this is, we all know that actions, often over long periods of time, are far more telling than words.

If you write,” I’m looking for a guy with integrity” do you honestly think somebody is going to say, “Wow, what a shame.  I was going to write to her but I’m a cheater, totally devoid of integrity, so now I won’t.” Of course not.

Quirks and failings can be very endearing, attractive, and humanizing.

BP note: I have even more great tips here: How to Attract Men You Like…profile tips for mature women like you.

Important profile tips for mature women like you. The don’ts. 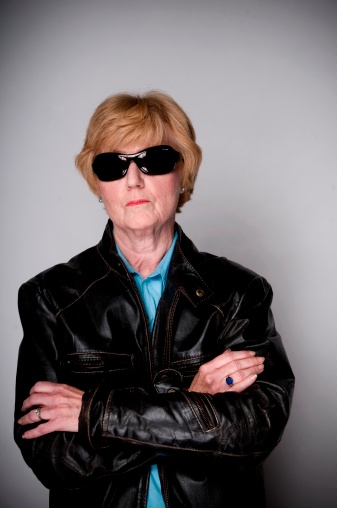 Here are some common comments in profiles that quickly have me hitting the delete key:

“I’m not sure about this online dating thing but thought I’d give it a try.”

“Let’s meet and see if there’s chemistry.  It’s either there or it isn’t.”  Bobbi loves that one too. [sarcasm – she hates it]

“Let’s start as friends and see if anything happens from there.” Or…closely related, “I need to take things slowly”  Translation?  I’m emotionally unavailable/terrified of emotional closeness and if you’re really open to falling in love with the right person, move on.

“See if you can keep up with me.”  Being active is fine but don’t sound exhausting in an attempt to impress.

“My kids are my number one priority” gives the impression that the guy won’t be a priority in your life.  Of course, everybody loves their kids.  But who doesn’t want to be a priority to their life partner? Just leave this out.

If you write,” I’m looking for a guy with integrity” do you honestly think somebody is going to say, “Wow, what a shame.  I was going to write to her but I’m a cheater, totally devoid of integrity, so now I won’t?”

“My friends describe me as (fill in the blank…. funny, loyal, kind).”  Thunk!  That’s the sound of your reader’s head hitting the keyboard.

“I’m actually 55.  I put 48 down to get better search results.”  Sadly, the more sinister version of this is flat out lying about your age.  Unfortunately, I’ve found about a third of the women online do this.  (Bp: Some of my clients insist on lying about their age. if you have to, do it this way. Better yet, just don’t lie.)

1. Don’t be afraid to message guys first. Three of the four women I’ve dated since my divorce made the initial contact.

2.  Dating is super hard for all of us but the prize is worth it in the end.

And one last thing from me:

You CAN meet an amazing man and find love online… without drama, settling, or having to change who you are.