NOT Knowing May Be Key to Finding & Keeping Love after 40 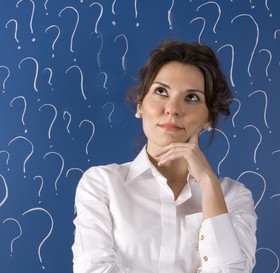 The mind usually says, “I know, I know, I know.” But the “don’t-know mind” is where wisdom lives. ~ Byron Katie

But, as Byron Katie so brilliantly states in the above quote, it’s in the “don’t-know mind” that wisdom lives. When it comes to finding and keeping mid-life love, until we put aside what we think we know and open ourselves up to truly hear what men are saying, our understanding and appreciation of them will not increase an iota, nor will our relationships with them improve.

When we finally stop hopin’, wishin’ and prayin’ for men to be the way we want, and start accepting the beautiful reality of the way they really are, magic happens.

In most of my tele-classes, webinars and even on my GGNO broadcast, I make sure to include a grownup man panel. This is where I get together single men over the age of 40 to openly talk about what they really think and what they really want from women.  My only qualification is that the men on my panels must appreciate women and be able to articulate their truth.

I would say that this certainly was true of the man panel I participated in on The Today Show last week. NBC invited me to participate as the Dating after 50 Expert. It was a ton of fun, and I was incredibly grateful that I was given the chance to share my message with so many millions of women.

Watch the Man Panel here and see what the men (and I) had to say about dating and relationships over 50.

(Btw, this was a follow-up to the segment I did the week before where I conducted a Dating Over 50 Boot Camp for 6 wonderful single women. I hope you watch this one too. After you do, I’m pretty sure that you will feel less alone and more hopeful!!)

When you watch the clip you will see that, yes, these guys were being funny, yes they were a bit goofy and yes they were trying hard to entertain the audience. It is TV, after all and two of them are comedians. But for those of you who really listened with a “don’t know” mind, they spoke some real truths about grownup men that you need to know.

Here is their message to us:

(That last one was from me, but all the guys agreed.  I think they were just too nice to say it themselves.)

When we finally stop hopin’, wishin’ and prayin’ for men to be the way we want, and start accepting the beautiful reality of the way they really are, magic happens. By silently listening with a “don’t know” mind we create space for the men to speak freely and without restriction. And we start the process of forming truly satisfying intimate grownup relationships.

What do you think you know about grownup men that you might be open to shifting OR what have you learned that has surprised you? Leave me a comment…I want to hear from you!