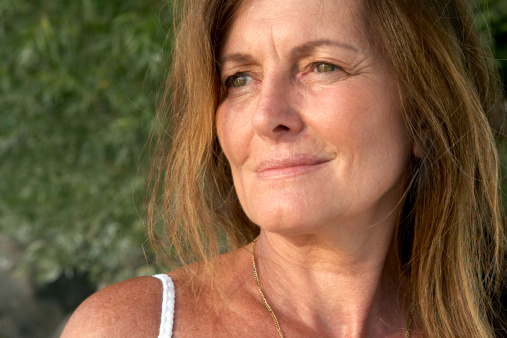 I don’t care how old you are; if you’re a woman who’s dating there will come a time when you get rejected.  It happens to the smartest, most beautiful, desirable, and classiest of us.

Rejection during the dating phase most often comes in the form of never getting another call.  We can talk about the character of a man who just never calls again, but that’s not really important.  Because really…if he’s the kind of man who will go out with you several times, share personal stories, even intimacy, and then not have the maturity to tell you that he is moving on – well we don’t really want to waste any time on him.  (If you haven’t already, read my post about why rejection can be good for you.)

But what about when he just doesn’t call when you expect him to? You know what I mean: he usually calls within one or two days of a date but this time it’s been four, maybe even five days, and you haven’t heard from him.  When this happens, what are you doing? Are you living your life, looking forward to his call, assuming he’s busy and focused elsewhere?

It’s more likely that you are going through all the reasons why he may not be calling, and you’re deciding that it’s your “fault” or that he is a jerk.

Are you trying to find the moment on your last date where you should have seen it or gotten the hint?  The moment where you may have said something “wrong”, didn’t agree to go back to his place, or maybe you thought you weren’t as attentive as you should have been?  Did you show too much interest, or too little?

Are you wondering whether you should call him? Are you preparing yourself to be dumped?

If you do any or all of these things, there’s a good chance your fantasy of being rejected may come true.  Yes, I said fantasy.  Granted, there are times when it will be true; he’s not calling because he’s moved on.  But how many times have you gone through these gesticulations only to find out he had a big proposal due or he went away for a couple days to see his children in Omaha?

Let’s say two days go by and he hasn’t called.  After the third day you start the conversation with yourself about all the possibilities; the fourth day you start feeling disappointed about the impending breakup; and by the fifth, you’ve convinced yourself that it’s over.  With that comes the decision that you don’t want him in your life anyway.

On day 5, he calls.  He’s nailed that big proposal and won the account.  He wants to go celebrate.  Problem is: you’re hurt and pissed at him.  And now you are in complete protection mode.  You’ve already decided it’s over, or at minimum, that he’s a rude man who should have called and didn’t.  So…you act accordingly.

You put on that I don’t need you…no one is going to treat me this way…I thought I liked you but now I know better attitude.  You act a little cold; a little standoffish.

He gets wind of it.  He can’t figure out what’s up.  He assumes you’re not as interested as you were.  Maybe you’ve met someone else.  He backs off a little.  (After all, he doesn’t want to be rejected either.)

You see his backing off as confirmation that you were right about him.  You close up more.  Ta da!  The downward spiral has begun.  What you have imagined in your mind as you waited for him to call has come true.

Unless the two of you have great communication, and you can talk this through, dating this man will likely never turn into a meaningful relationship. This conversation is the beginning of the end.  (I suppose if you had great communication, none of this would have happened in the first place, right?)

So, if you can relate to my story – and I honestly don’t know a woman who can’t – remember it the next time you’re creating your own reality. Then, try to knock it off and just let things unfold.