What Does a Man Have to Be to Make You Happy? 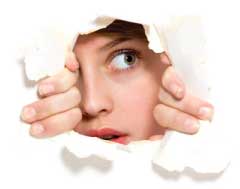 Here is a story that you may not immediately relate to, but stay with me. It may very well lead you to a mid-week dating or relationship breakthrough!

One of my current coaching clients, Sharon, (who gave me permission to share) came to me because she was dating, but not getting any traction romantically. She was ready for a healthy, happy, forever relationship and finally realized that she wasn’t going anywhere near that direction. Not even close. Sound familiar?

Sharon had recently broken up with Ben after deciding that someone who shared her religion and was college educated would be a great match as a husband. Ben was neither. When he asked her to consider marriage, she ended the relationship.
That was several months before Sharon first contacted me. She was now dating several men. She met men on a Jewish online dating site, dancing and getting out and about regularly. She was meeting men who matched her list.

But no one was “doing it for her.”  The guys she liked didn’t want commitment. The ones that did…she wasn’t interested. (Sounding more familiar?)

So Sharon and I got down to work, starting where I always start when I coach women over 40 who want love in their life: Step 1 of my 6-Step Find Hope and Find Him system, Falling in Love With Yourself. She quickly realized that she was pretty damn special. She had been holding on to criticism that came from other people; many of whom had no business judging.

When she judged herself clearly, she easily saw that she was special and a true catch! (She had been saying that out loud but wasn’t really believing it. Now she did.)

Next, Step 2: Getting Past Your List. I helped her dump her list of meaningless adjectives so she could focus on what really mattered: the feelings she would need to have to be happy for the rest of her life with a man.

What feelings were her must-haves? She wanted to feel safe, special, beautiful and interesting. This led to her second big ah-ha moment: Sharon realized that changing her list was going to change her life.

Her “he must be Jewish and college educated” thang was based on her parents’ values; not hers! In fact, a man’s religion and formal education level didn’t necessarily translate at all to what she needed.

Within two weeks came her big ah-ha: Sharon, a 49 year old doctor raising two children, STILL heard her parent’s voices in her head and was obeying, and owning it as her own truth.

Here is the exciting part: The man who made her feel that way was already in her life: Ben. And at one time he loved her. But because of her old list, she never opened up to him and considered him a real possibility.

Here is the scary part: Was he still available or had she burned that bridge? We agreed she had nothing to lose. She had to take the chance.

I helped Sharon write a “script” to use when she approached Ben about her change of heart. (A little Cyrano de Bergerac move that I do often for the women I support. There’s no better way for me to teach you how to communicate effectively with men!)

He was serious about her and had been talking marriage. When she discounted a future with him, he told her that he didn’t want a woman who didn’t want him. (Way to go Ben!)

After a few months apart, Sharon and Ben are back together. The conversation they had when they reunited opened up their feelings and dreams, and they are talking about the details of a future together. This is a real grownup way to date.

It’s only been a few weeks since they’ve reconnected, so it’s not a fairytale yet.  But there is a very happy ending. Sharon and I continue to work together, but she already feels very clear now on how special she will be to the right man, she’s confident that she will now know him when she sees him, and she has greatly improved her communication skills with men. Check, check, check!

Sharon isn’t scared. She’s enjoying a type of relationship she has never had in her life. She is feeling the confidence and control that she enjoys in the rest of her life. If for some reason this doesn’t end up leading to marriage (which is what she wants), she has opened her possibilities for satisfying, lasting love at least a hundredfold.

So, I challenge you to look at the items on your list. Do you want him to be tall, professional, funny, no kids, loves to travel?  Ask yourself if those things truly bring you the feelings that are important for you to feel special and nurtured for the rest of your life. Is your current list working for or against you? (Have you missed your Ben?)

Maybe a little list-busting is in order. Let me know what you learn!