What Do I Do When He’s Not Asking Me Out on a Real Date? 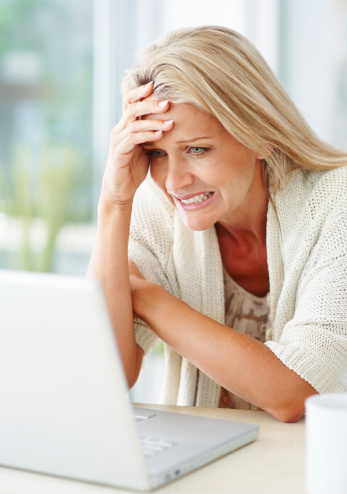 He emails and texts…and emails and texts. That’s it. The phone isn’t ringing and he’s not asking you out. All you want is for him to plan a freaking date so you can actually spend time together! How do you get him to do that?

It’s important that you know, not just how to ask for what you want, but that it’s important to do so! Keep reading for the story of Debbie and Bill.  It’s a perfect example of how and why you should kindly let a man know what would make you happy, and give him the chance to do it.

Hi B.,
We seem to have a lot of interests, needs, and beliefs in common, which is really cool. And you’re pretty damn handsome. 🙂 I guess I’m too old, and quite clear about what I eventually want…that I want you to know what I’m thinking. It would be great to see you again.  If  you are interested in getting to know each other better, you have my number; would love you to call me. Let’s have a fun lunch or dinner together.
Enjoy your day!
D.

Bill calls Debbie within a couple hours, and asks her out to a nice dinner for the next Friday night.

Debbie has shifted the dynamic of their relationship. How this will end is yet to unfold, but here’s the point: She (like you) is a mature woman dating to find love. Respect yourself enough to ask to be treated special and seriously; especially after a few encounters with a man.

If a man you’re interested in isn’t treating you this way, tell him what you like about him, and then kindly let him know what you want or need. By telling him clearly, you’re giving him the chance to do it. If he responds positively, that’s good! It shows he cares for you and wants to make you happy. If he doesn’t step up, it just means he’s not a good match for you. Accept it and move on. Next!

P.S.: Great work, Debbie!!!  I know it was difficult for you…but you rocked it!