Given a Chance, How Men Can Surprise You! 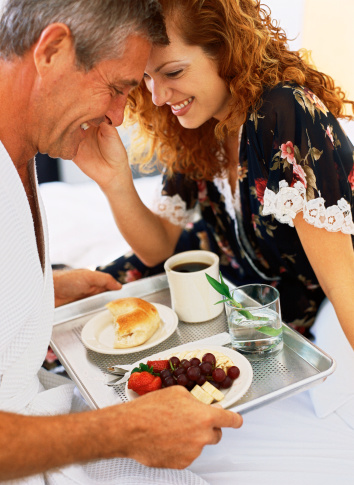 Are you resisting letting men help you or do nice things for you? Maybe you’re thinking it threatens your independence or makes you seem weak. Or maybe you’re just trying to be low-maintenance; thinking that this is what men want.

As I’ve said time and time again, letting a man do for you – especially since you don’t neeeeeed him to – is the greatest gift you can give him and…in turn…yourself.

Here is a letter I received from a client of mine who is graduating from my Mastering the Mystery of Meeting Men telecourse.

Your “system” works! Particularly the very important aspect of letting a man be a man and take care of us. It’s not something I’d been doing, but now…I’m a master and I love it!

Here are the gory details of one example (and there are more!):

This past weekend was my b’day and there were parties for the October b’dayers in my dance clubs.

I’m having a problem with something in the back of one of my eyes and cannot spin for a month while this settles down. But I was not going to miss these celebrations! Especially since one was, in large part, for me.

So I went. I was worried that telling men who asked me to dance that spinning was going to be a problem – NOT!

They did all they could to accommodate me. Check this out:

One toned down his dancing with me to eliminate spins; another sat with me during the songs he know were my faves but were  too fast to dance to; one offered to drive me to and from dance places because “maybe I shouldn’t be driving that far”; and one asked me to dance specifically during songs that were good for a great dance without spinning.

One guy suggested I wear a sign that says “No Spinning” which I did. After all, you told me that men ARE visual.

Everyone thought my sign was hilarious, in fact one guy wouldn’t dance with me unless I wore it! He was so blown away that I actually did this, he asked for (and got) my phone number.

You were right: men are great!  It took me this long to figure this out. Thanks Bobbi!

I love this story! Thanks for sharing it with me. Yup…men are wonderful creatures…if we just let them be.

I’m so glad you’re out there having fun. Keep up the good work!