How Dating Like a Man Will Make You Happier 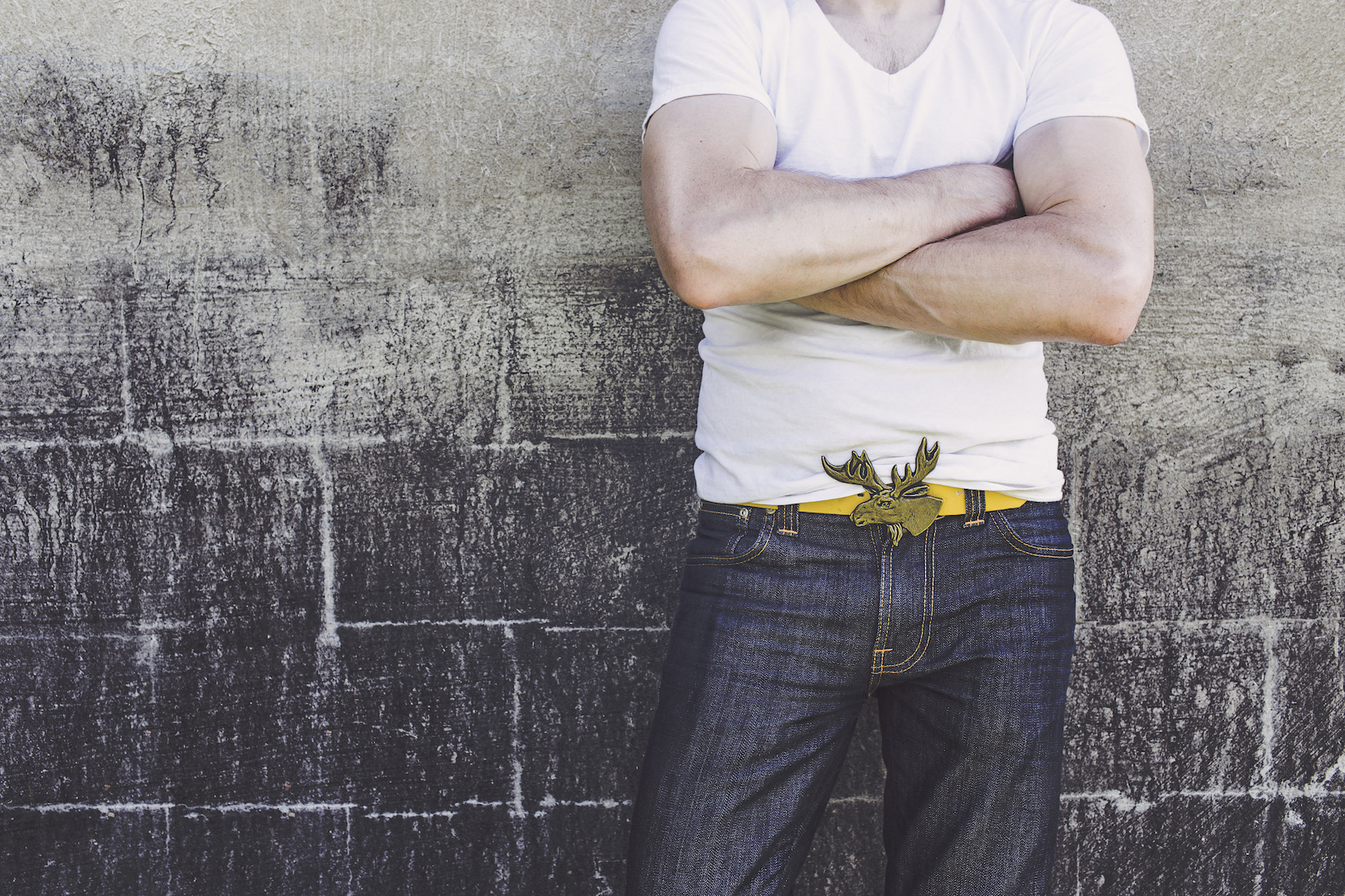 Hating men and/or yourself.

Feeling like it’s not worth all the nonsense, hurt, and disappointment.

That’s what dating the wrong way can do to women.

You have a pretty good life, so why are you bothering?

I’ll tell you why: Because you want love in your life…which means you have to date! And no matter how great your life is the love, commitment, and adoration of a partner adds a richness that you just can’t get any other way.

So let me tell you about a way to approach dating (online or off) that I’m sure will help you maintain your dignity and sanity, have more fun and eventually meet the man of your dreams.

As I was coaching one of my private clients a while ago it dawned on me:

Women would be so much happier if they could learn to think more like men when it comes to dating.

Read “Debbie’s” story. It’s typical of what I hear time and time again from women who are dating.

As part of her coaching program, I helped Debbie get online with a great profile and pics. She was raring to go! Right off the bat she found a profile she really liked and, with my help, sent the guy a friendly, flirty email.

The guy seemed great on paper, and during a few email exchanges, he seemed very interested. The next thing you know…she had a date!

On their meet date (the first meeting is just that – a chance to decide if you want to go on a real date), he complimented her, told her he felt lucky to have met her, and mentioned some activities they might do together. At the end of the date, they both agreed they wanted to see each other again.

Debbie was feeling a major connection. She was excited and had that he-could-be-the-one thing going in her mind.

I’m sure you know that feeling.

But the end of this story was not happy.

That was the only date they had.

She never saw him again.

He did call once but didn’t call back when he said he would. And then he disappeared.

By the time Debbie and I connected, this entire story had transpired. When I talked to her, she was in damage mode. You know: down the rumination rabbit hole, where we gals can’t help but go.

Why had he said all those things to me? What did I do wrong? Do you think he ever liked me? Maybe he just has too much going on in his life right now…should I tell him I’ll wait?

Why was he such an asshole?

Debbie was emotionally drained, and her dating confidence was in the dumps. She was exhausted. And then those words I hate to hear (but hear way too often) started coming:

Why does this always happen to me? I’m done! This is bulls#%!

Yep, I thought. Here we go again. I had to tell her that it wasn’t about the guy at all; it was about her.

What did I do wrong?  If you showed up, had fun, and were your best authentic self…absolutely nothing.

Why was he such an asshole? He wasn’t. He’s a guy who is dating.

Should I wait? Hell NO! For what?

Why does this always happen to me? It doesn’t. First, you’ve gone out with about 12 guys in the past six months, and this great-date-then-disappearing-act thing has happened twice. That doesn’t count as “always” in my book. Second, nothing happened TO you. Something just happened.

And the major, most important information I gave her was this:

You will never know what happened to this one guy from this one date. Ever.

As the “Compassionate Truth Teller” that I am, I had to give Debbie the straight facts to help her move through her self-inflicted emotional turmoil.

Debbie was a woman dating after 40 − she was 54 − but the years hadn’t changed what she’d been doing with men all her life: Hitching her wagon to a fantasy.

She created a story about this man based a fraction of information coupled with a deep WISH to meet The One.

After one date Debbie jumped in HEART first…and created her own crash and burn drama.

And the kicker is, while she was spending all her energy on a relationship that never existed, she wasn’t responding to the dozens of men in her match.com inbox who were waiting for her attention. Seriously…dozens!

Here’s my (expert) interpretation of what the guy was thinking.

Over the years I’ve talked to countless men about dating and relationships, so I’m going to use what I learned from them to guess the guy’s side of this story.

“Oh, Debbie was nice looking and fun to hang with. Initially, I figured it would be nice to see her again and I thought I’d call to make another date.” And then, a couple of days passed and…“Oh look! Something shiny!”

That shiny thing could have been another woman, his job, or maybe some family thing.

It could have been the realization that she was nice and all, but not a woman who could be His One.

But he found something he’d rather do, someone he’d rather see, or he simply decided he didn’t want to get to know her any better…

so he went on to live his life!

I mean, after all, they only had one short coffee date. Surely he didn’t owe her a phone call to say he didn’t want to see her again. They hardly knew each other.

I agree it would have been super extra gentlemanly of him to tell her that he was moving on, but I don’t think he owed it to her. (And I think that could be somewhat awkward, don’t you?)

This guy wasn’t a jerk or a liar.

He enjoyed their date. And he did plan to see her again.

Then he changed his mind.

The guy wasn’t invested in her. He was dating and understood that meant meeting a bunch of people until the special one comes along. And for the ones you meet that don’t work out, you simply move on.

That’s all he was doing. Dating!

Here’s why women should approach dating more like a man…

So often women go on every date hoping he is The One. (I know I used to!) That’s what sets us up for loads of disappointment. Because the fact is that almost every guy won’t be...until one is.

One of two things tend to happen due to our high expectations and hopes that every man is going to be our last first date:

1. Your expectations are so high that when you end up meeting him, it’s almost impossible for a real man to live up to your fantasy.

2. You try to make him fit into the “maybe he’s the one” category and overlook clear signals that he’s wrong for you (or you for him).

Most men approach dating so differently.

Even though they may be seriously looking for a lifetime partner, most men go on dates thinking something like, “I hope she’s attractive and nice. I hope we have fun.” And then if he likes you “It’ll be cool to see her again and get to know her better.”

After a date or two, if what he learns doesn’t knock his socks off, or you don’t want to see him again, he doesn’t spend days wallowing in disappointment. He knows that’s what dating is all about.

He knows that there will be more opportunities to meet more women and have more dates.

Your new mantra should be: Discover, Don’t Decide.

The purpose of dating isn’t to get every man to fall for you. Nor is it to try to make every guy you meet somehow fit your expectations so you can finally say you found someone.

Dating is all about meeting new people and enjoying some nice times as you DISCOVER about each other. And the truth is that for the vast majority of us it takes many, many dates before we find someone with the potential to be a long-term mate.

A relationship is about DECIDING if he truly is your One.

Not only did Debbie lose three weeks of potential fun dates worrying about a guy whose name she probably no longer remembers, she burned herself out and brought herself to the verge of giving up on finding love…

all over a guy she met once and never even knew!

So girlfriend, start slow, will you? just because you enjoy a man’s company for an hour or so, stay in the moment, and keep learning. This is the grownup girl part of dating: manage your expectations and keep your fantasies in check no matter how strong the guy comes on.

This is principle #1 of Dating Like a Grownup: Balance Your Head and Heart.*

By choosing the impatient and obsessed woman’s path of dashed hopes and disappointments (I think I can say that because I was that crazy chick for many years), you will burn yourself out.

The ups and downs will get the best of you…

which means you will miss out on opportunities to have some fun, learn some things (about yourself and men),  and ultimately meet one that will be your love for the rest of you life.