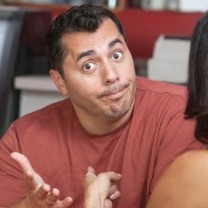 Last week a smart, thoughtful woman left a comment on my post about Dating the Somewhat Disappearing Man. These are the guys I call “pingers” because they ping you (or contact you) just often enough to make sure you’re there when they need or want you. They keep you attached and interested, and often get in touch when it’s time for some sex. She asked such a good question, I want to share it with all of you. Here goes:

“Confused” asked: I’m wondering if an older man (20 yr difference) wanting a couple of weeks to think after two months of good times together is a really bad sign? Does this mean I’m being pinged or is he just scared? How should I handle this situation so that I’m respecting his needs and feelings without neglecting mine? Signed: Confused

My response: “Confused”: First, let me recognize you for being so thoughtful and “grownup” about this relationship challenge. You seem to be approaching it with a good balance of emotion and intelligence; also balance between his needs and those of your own. That’s so hard to do in a case like this; so good for you!

Now…to answer your question: This isn’t a case of pinging if you’ve been in a real relationship; which it sounds like you have. If you’ve had a couple good months – meaning he’s been kind, attentive, reliable, and tried to please you – then I say give the man some time. It’s not unusual for a man to back off a little after what John Gray calls “the honeymoon period” wears off.  He’ll often crawl into his proverbial cave to reflect on the relationship and where he wants to go.

Here’s the thing: he may or may not “come back,” but either is good. If he does, great! That means you may be on your way to a lasting and fulfilling relationship with a man who gave serious consideration to his feelings for you and decided to pick you. If he doesn’t, then great! That means he knows he’s not right for you and he’s getting out early to avoid the inevitable scenario: he disappoints you, you try to change him, and then he makes you crazy and/or breaks your heart.

Let him know you understand, and that you’re glad he’s going to take time to reflect on the relationship. Let him know clearly that you hope he decides that you’re a good match, and decide on some time factor. (This shouldn’t go on too long.)  Then, use this time to reflect yourself: has he been all you want a man to be? Is this really the man who can make you happy and who you can love; or rather is he Mr. Right Now.

This probably won’t be easy, but in the long run it will be good for you. Good luck, and let us know how it goes.